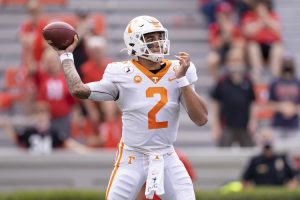 CougFan, Washington State’s 247 affiliate, was the first to report the news on Saturday morning. The original report was that Guarantano, the transfer quarterback from Tennessee, had beat out sophomore Jayden de Laura for the starting job. De Laura started all four of the Cougars games in the shortened 2020 Pac-12 season.

Washington State and Jarrett Guaratano will take on Utah State on Saturday night at 11 p.m. ET. The game will be broadcasted on the Pac-12 Network.