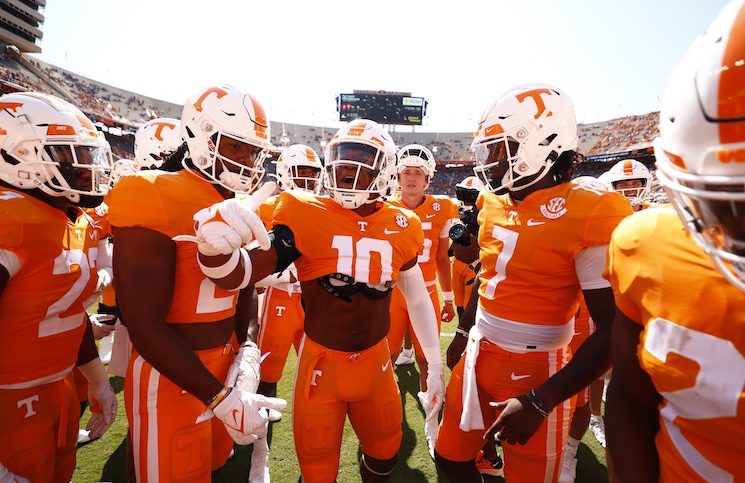 Tennessee will be without seven players and four starters for its week three matchup against instate foe Tennessee Tech.

Questionable players Jalin Hyatt and Tiyon Evans are active and going through warmups for the week three matchup.

Mays and Bumphus were inactive for last week’s loss to Pitt. In Mays’ absence, offensive guard Jerome Carvin will play center and Kingston Harris will slide into the starting left guard spot.

Small was injured on the last play of the first half against Pitt. Freshman Jaylen Wright will get a strong dose of carries for the second straight week. Evans should play a major role in the offense in his return from injury too.

Milton was knocked out of the Pitt game after taking a hard sack in the first half. Josh Heupel told the media on Thursday that Milton had been a limited participant in practice the back half of the week. In his absence, Virginia Tech transfer Hendon Hooker will start at quarterback. Expect sophomore Harrison Bailey to earn playing time against the outmatched Golden Eagles.

Terry, Eason and Mitchell all played last week and did not exit with an injury. The week three matchup gives Tennessee a chance to get healthy before playing seven straight SEC games.

While Tennessee isn’t missing a starter on the defensive line, the Vols are without three back ups and their depth will be needed today.