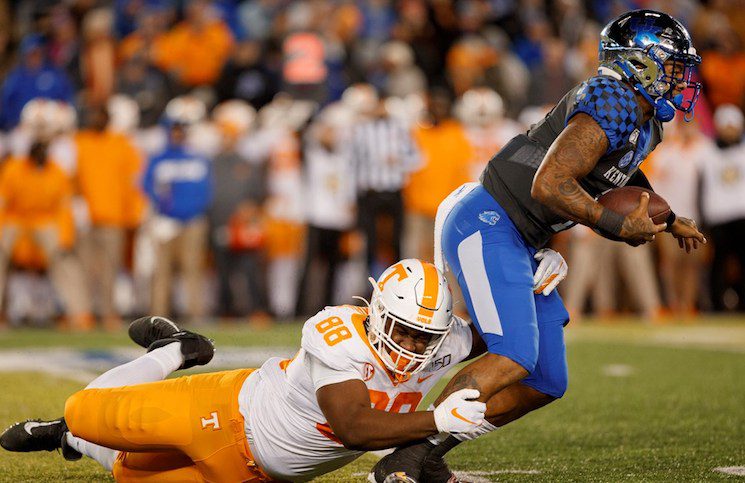 Tennessee will wear its white jerseys and orange pants for its SEC opener at Florida Saturday, the team announced on its Twitter Thursday.

The Vols are 2-0 this season in its classic home uniforms with orange jerseys and white pants. Tennessee is 0-1 in its all orange look.

Tennessee hasn’t worn its white jerseys on orange pants uniforms since 2019 when they wore them in matchups against Kentucky and Missouri.

The Vols’ last time wearing its white jerseys and orange pants against Florida was in 2011. Derek Dooley’s second Tennessee team lost 33-23 in mid September. In Tennessee’s last four road trips to Gainesville, the Vols have worn their classic all white uniforms.

Tennessee (2-1) is three touchdown underdogs in the first road game of the Josh Heupel era. Florida (2-1) is looking to bounce back from a week three loss to Alabama.

Tennessee is still undecided at the quarterback spot but the Vols are expected to get several injured players back in the lineup.