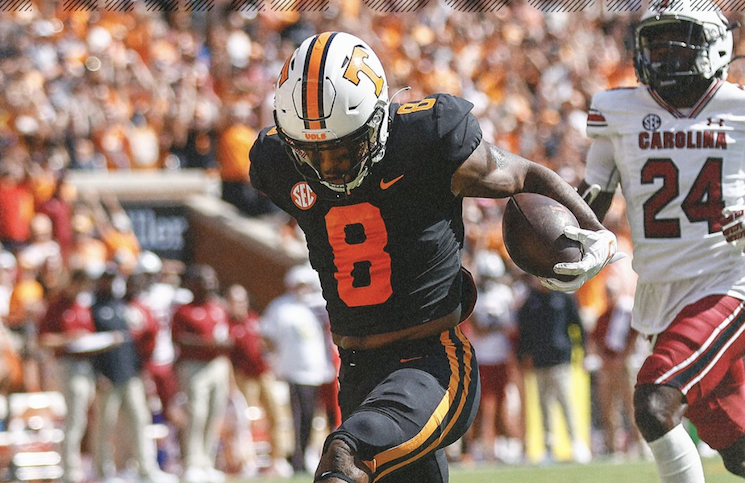 Tennessee totaled 472 yards against the Gamecocks, but unlike the Missouri game the Vols were incredibly balanced offensively. Hendon Hooker threw for 225 yards while the Big Orange ran for 247 yards. The Vols also scored touchdowns of 21, 39 and 45 yards.

On Tuesday, Tennessee dropped a hype video to recap the win, including clips of Vol legend Al Wilson in the locker room postgame.

Monday, Tennessee head coach Josh Heupel discussed the win and what his team can learn from a lack luster second half.

“Not taking anything away from them, but a lot of ownership on our side of things that we didn’t do that needs to be better for us to perform at a higher level,” Heupel said. “Simple things, like really simple things, that we did in the first half that we didn’t do in the second half. I talked about after the game kind of being on that competitive edge and being on the right side of it. There’s a really fine line and we were not on the right side of that. That’s why your focus isn’t where it needs to be and all of a sudden some simple, everyday, ordinary things that you need to be doing weren’t done at the level that we need them to be done at.”

Heupel and his team now turn their attention to Ole Miss and Saturday night’s highly anticipated showdown at Neyland Stadium.