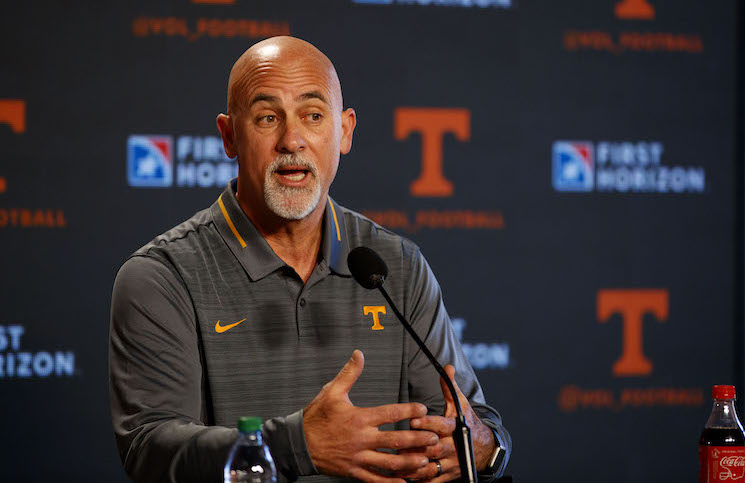 The Crimson Tide are 6-1 and the No. 4 team in the country entering the old SEC rivalry. Alabama opened as over four touchdown favorites in its homecoming game against Tennessee.

Both coaches discussed Alabama and the challenges Nick Saban’s teams present on top of last week’s game against Ole Miss.

Mack discussed the toughness of Jabari Small, who played nearly all of Tennessee’s offensive snaps with a banged up shoulder against Ole Miss last Saturday. The first year running back’s coach also discussed the development of underclassmen Len’Neth Whitehead and Jaylen Wright.

“We’re really impressed with the way Jabari went out there and competed,” Mack said. “One thing that you saw that Jabari did, was that he played more snaps this game than he probably has in his entire career in one game. That’s just a testament to his toughness and that warrior mindset. Actually, he performed well, as well. Protection wise, he did some really good things for us holding up. I was really impressed with the way he ran when he had to bounce plays. You saw him get to the second level and really make some defenders miss. You saw that short area quickness that I always talk about really come to life in that game.”

Martinez discussed how his unit was able to hold up for extensive snaps against a high powered offense, the challenges of facing a running quarterback and the progression of transfers Brandon Turnage and Kamal Hadden.

“I just think we played really hard,” Martinez said of the Ole Miss game. “I think as a unit, we played really hard. We were physical. We knew that he was a talented individual. He was going to make plays off-schedule with his feet, which he did. Limit the explosive plays would be the first thing. Obviously, with a great player like him and the receivers that they have, we didn’t do it quite throughout the entire game.”