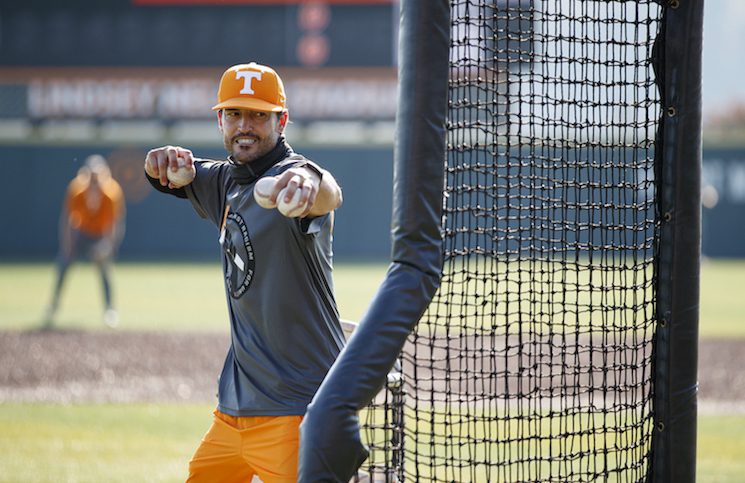 Vitello discussed what’s stood out about his team so far in fall practice, the higher expectations for his program and the excitement that playing other opponents this fall creates.

The Vols play in Chattanooga this Saturday against Georgia State before heading to west Tennessee to face Louisiana Tech on Saturday Oct. 30

Tennessee’s fifth year head coach also talked about Evan Russell’s transition to catcher, the Vols’ catcher competition, the ability of Tennessee’s newcomers and his thoughts on the MLB Playoffs.

“I’ve seen bits and pieces and would like to see Max (Scherzer) do well,” Vitello said. “At the same time, I want to see the Brewers do well because of Frank’s (Anderson) son Brett. The Cardinals. The Braves are kind of the area team that I’ve adapted a little bit. They took good care of us when we went down there so it’s just been a lot of fun to follow everybody. … Max, I think you’ll get it done tonight but Braves will probably be playing in the World Series so anyone from Atlanta watching that has a couple free tickets, let me know.”