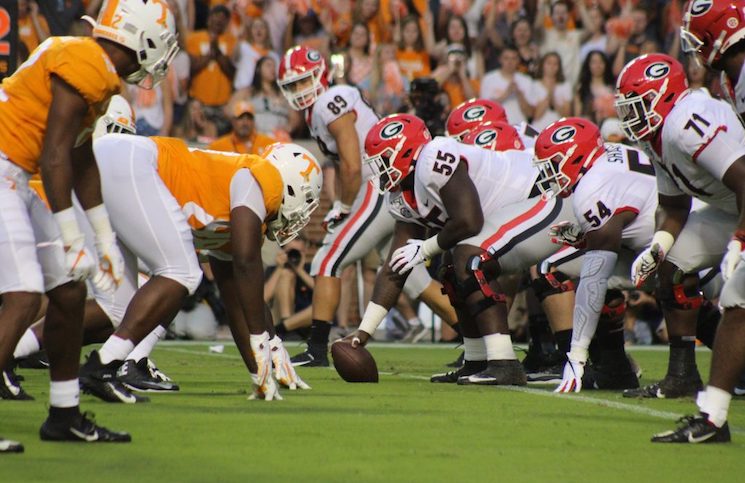 Tennessee opened as 21-point underdogs for its week 11 matchup with No. 1 Georgia, according to CircaSports.

Georgia enters the matchup 9-0 (7-0 SEC). The Bulldogs are the nation’s No. 1 and have been dominant this season. The Bulldogs beat Clemson by seven points to open the season and haven’t won by less than 17 points.

The 17-point win over Kentucky was slightly deceiving too. The Wildcats scored a touchdown on the last play of the game.

Tennessee enters the matchup coming off its biggest win in Josh Heupel’s first season in Knoxville. The Vols earned its first road win over a top 20 team since 2006, beating No. 18 Georgia in a shootout.

The Vols are 4-5 against the spread this season and 3-3 in SEC games.

Hendon Hooker was fantastic in the 45-42 win, completing 15-of-20 passes for a career high 306 yards and four touchdowns. The transfer quarterback added 44 yards on the ground despite losing 22 yards on sacks.

The Vols need him to be fantastic this weekend against Georgia if they want to have a chance against the nation’s best defense and team. The Bulldogs are giving up just 6.6 points per game.

Tennessee and Georgia kick off from Neyland Stadium at 3:30 p.m. ET. CBS will broadcast the game.