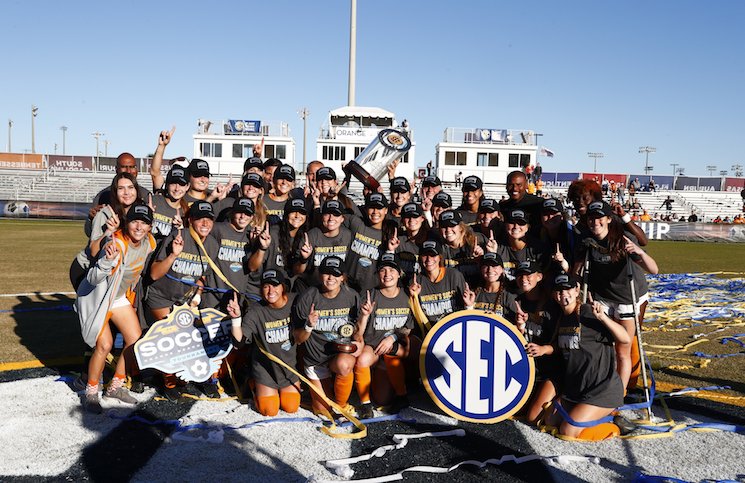 Head coach Brian Pensky’s 10th team in Knoxville avenged their 3-1 SEC opening loss to Arkansas in the regular season. The loss to the SEC west champions is one of just two losses for Tennessee this season.

The Lady Vols got on the board in the 43rd minute thanks to a goal from senior defender Wrenne French. Tennessee started the second half as strong as they ended the first half as a Jaida Thomas goal put the Lady Vols up 2-0 in the 51st minute.

Hannah Tillet’s goal in the 68th minute gave Tennessee a 3-0 lead and more than it needs to seal the tournament final.

The 10th-ranked Lady Vols beat Florida and No. 21 Ole Miss on their way to the title game against No. 5 Arkansas.

Tennessee, who won the SEC east regular season, enters the NCAA Tournament with a 17-2 (8-2 SEC) record.

Six Lady Vols landed on the All-SEC Teams for their play during the regular season. Forward Mackenzie George landed on the first team and forward Jaida Thomas, Wrenne French and freshman midfielder Tyler Huff landed on the second team.

Tennessee head coach Brian Pensky — who has built the Lady Vols into one of the conference’s best programs — earned SEC Coach of the Year honors.