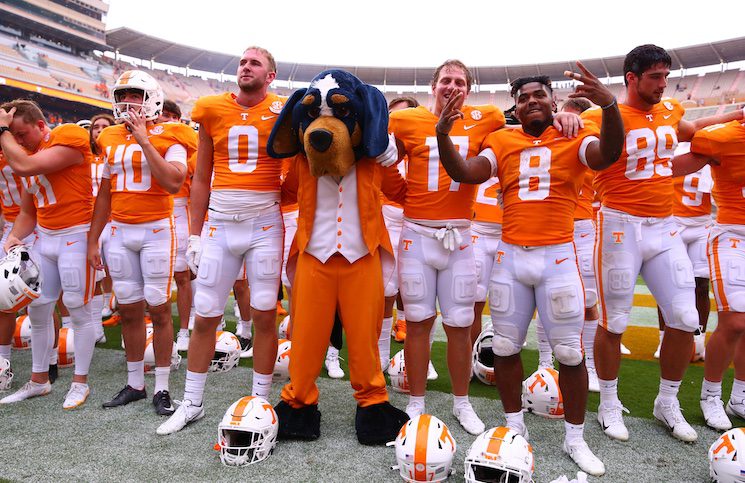 Tennessee is wearing its classic home uniforms for Saturday’s matchup against South Alabama, the team announced on Twitter Thursday.

It’s the third time this season Tennessee has worn its orange jerseys and white pants, previously wearing them in wins over Bowling Green and Tennessee Tech.

South Alabama has yet to announce its uniforms for Saturday’s game.

Both Tennessee and South Alabama are looking to become bowl eligible with a win this weekend. The Jaguars have had an up-and-down season in part due to an injury to starting quarterback Jake Bentley.

The Vols are coming off a loss 41-17 loss to No. 1 Georgia. Tennessee is massive favorites in the game and if the Vols can earn wins the next two weeks Josh Heupel will have tied the most wins for a Tennessee coach in his first season since Phillip Fulmer.

A handful of Vols are questionable for Saturday’s game with a key linebacker and receiver practice Thursday but a star running back not.

Tennessee and South Alabama kick off at 7:30 p.m. ET Saturday night. ESPNU will broadcast the game.