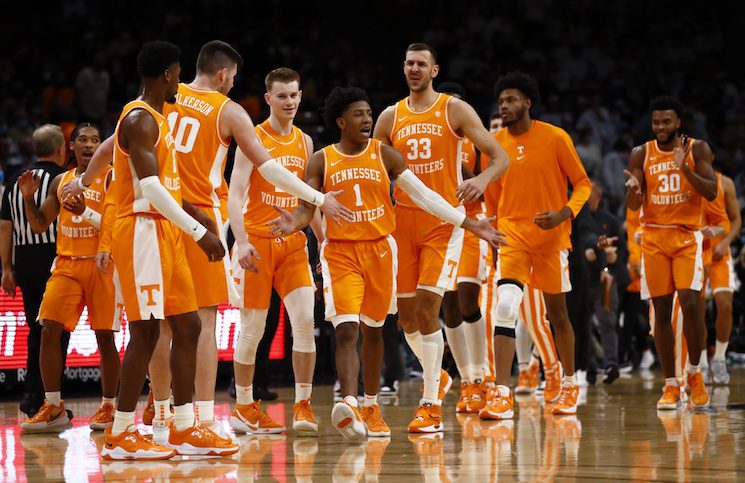 Colorado jumped out to an 8-0 lead at the CU Events Center Saturday afternoon. However, that didn’t rattle Tennessee. Very little did as the Vols went to Boulder and earned their first road win of the season, 69-54.

Tennessee answered the bell whenever adversity hit against the Buffs, responding to an early deficit and killing a handful of Colorado runs to get into the game in the second half.

“We knew they were going to come out with a lot of emotion playing at home against a ranked team,” Tennessee head coach Rick Barnes said. “Now, let’s settle in, let’s let our habits go to work and just keep doing what we’re doing but keep getting it done. … From a being here with them, the look that we had on our face start to finish — you said it — we were locked in.”

There was Kennedy Chandler answering the bell in his first college road game. On an afternoon where Tennessee’s perimeter shooting faltered — including Chandler’s — the five-star freshman took over, getting to the basket and scoring at will.

“It was just the way they were playing me,” Chandler said. “I just tried to make the right plays and if my teammates are open — we didn’t shoot the ball well from three today, I don’t think. We were six-of-24. Some games, coach Barnes says that if we’re not making shots we have to find ways to score. That’s what we did today. We’re not going to let this hold us back. Next game, we’ll do the same thing. If we’re open we’re going to shoot it.”

Chandler scored a career high 29 points on 20 shots including an impressive 12-of-14 shooting from within the arc. The freshman also scored 12 of Tennessee’s final 14 points of the first half as the Vols extended their lead from three to 10 points.

From there, Tennessee led the rest of the way and never let the Buffs back within five. Whenever Colorado went on a minor run, Tennessee answered the bell with big shots from a handful of players.

Colorado cut Tennessee’s lead to five points three times in the second half. In front of a raucous home crowd, the Vols answered with baskets all three times to quiet the crowd.

The last time came when Josiah Jordan James — who returned to the lineup after missing three games with a torn ligament in a finger — hit a three-pointer with 8:36 left to end an 8-4 Colorado run and start and 8-0 Tennessee run that the Buffs never recovered from.

Tennessee did this with a team that has eight players that have never played a road college basketball game. Even for the Vols that had, Saturday was the first road game in front of a full capacity crowd since March 3, 2020.

“It was phenomenal,” James said. “We sat on the close end to the student section so they were rowdy and had a lot of energy and stuff to say. It was good. I definitely missed that over the past two years and I’m excited for all the road games this year. Colorado definitely had a great crowd today.”

The Vols started off their two-game road trip with a strong performance, earning a double digit victory in a game they shot 25% from three-point range. Colorado would be a below average team in the SEC, but being able to win while shooting poorly on the road bodes well for this team moving forward.

“This was a great team win today,” Barnes said. “Even though we didn’t do a great job of shooting the basketball and we also missed some shots at the rim — those aren’t as easy as we all think. First true road game we’ve had in two years and we responded pretty well in a lot of different areas.”

The Vols now head to New York City to face a good Texas Tech team in the Jimmy V Classic on Tuesday. Tip-off from Madison Square Garden is at 7 p.m. ET. ESPN will broadcast the game.