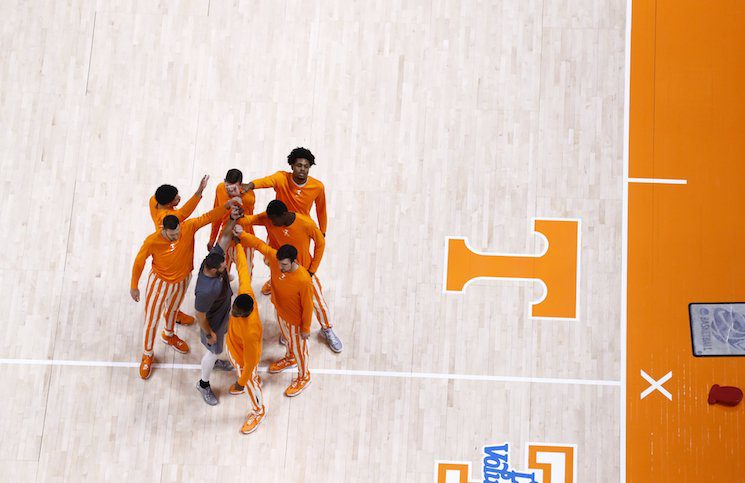 Tennessee Saturday showdown with Memphis at Bridgestone Arena has been cancelled due to a COVID-19 outbreak within the Memphis program.

The Bridgestone Arena public address announcer announced the cancellation 75 minutes before tip-off between the two rivals.

The matchup was the rubber match in the current three game contract between the two schools. Tennessee one the series opener in Memphis in 2018 before Memphis won the rematch in Knoxville in 2019. The third game in Nashville was originally set for December of 2020 before being pushed to 2021 due to COVID-19 capacity limitations.

The game will not be made up this season.

“There’s no way we could do it,” Rick Barnes said.

The Vols will compete in an intrasquad scrimmage at Bridgestone Arena, Rick Barnes announced at the arena.

“We appreciate the fans,” Barnes said. “They came to see some good basketball. We got a good team with depth and they’ll see us go at it and they’ll enjoy it. I think our guys will enjoy it. They were excited about being here. They wanted to do it so we said ‘let’s do it.'”

Tennessee will return to the court on Wednesday when the host No.8 Arizona at Thompson-Boling Arena.