Due to ongoing construction at Neyland Stadium, Tennessee will not hold its spring game — the orange-and-white game — this spring.

Tennessee looked into hosting the orange-and-white game at Nissan Stadium in Nashville, but previously booked events kept the plan from coming to fruition.

The Vols will still utilize some form of a spring game on April 9 at the Anderson Training Center that will be closed to the public. However, Tennessee will be broadcast the scrimmage at Volunteer Village where there will be food trucks, music and other activities. No one will stream the game.

The event at Volunteer Village is part of Tennessee’s “All Vol Weekend” that is taking the place of the spring game.

A handful of Tennessee sports are home that weekend. The Tennessee baseball team hosts Missouri for a three-game series Friday through Sunday, the track-and-field team hosts the Tennessee relays and soccer scrimmages Clemson.

Here is a full list of athletic events taking place for “All Vol Weekend”. 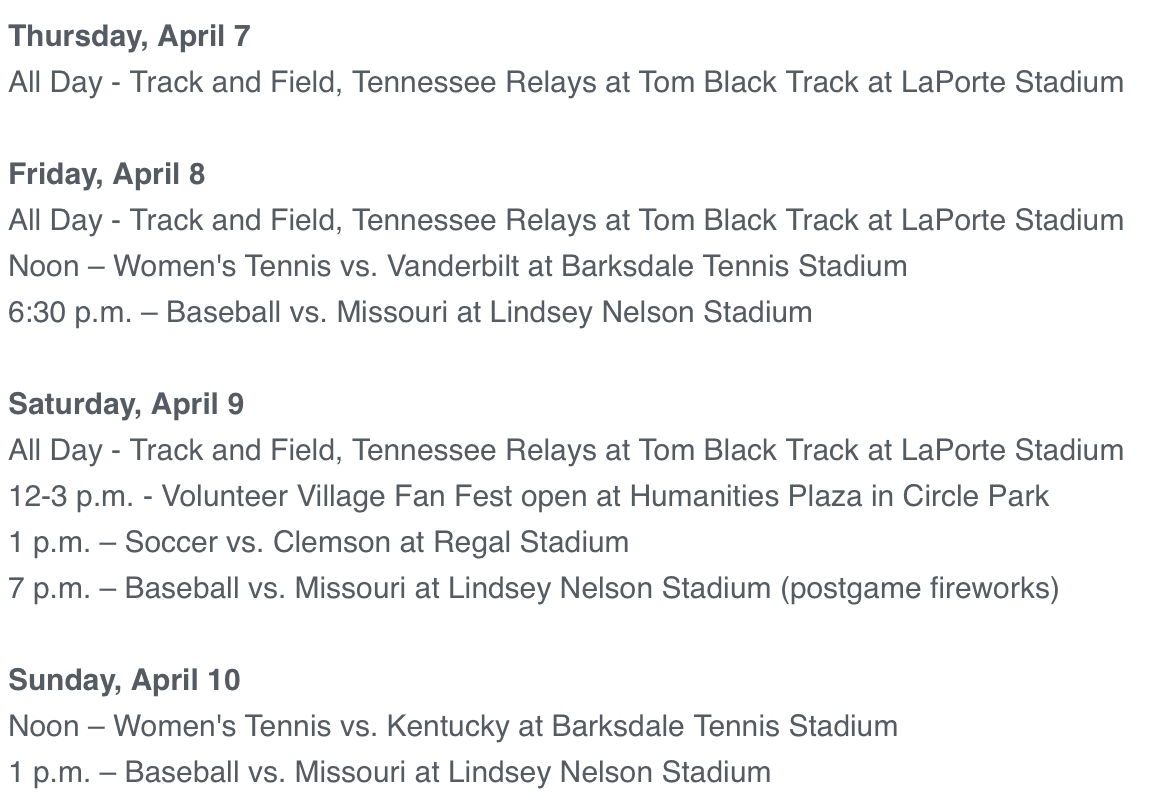 Renovations at Neyland Stadium are ongoing as they’ve been since the end of the regular season while the upgrade and expansion at the Anderson Training Center just began.