Jeffrey Macias — the umpire who ejected Tennessee head coach Tony Vitello and pitching coach Frank Anderson earlier this month against Alabama — is back in the news this week after being in the center of more controversy.

After being on the crew for Tennessee’s rivalry series with Alabama, Macias headed out west to umpire the Arizona versus Arizona State rivalry series.

Eight days after ejecting a pair of Tennessee coaches and then telling the Vols that they could only use their home run prop celebrations in the dugout — something no other umpire has done this season — Macias found himself back in the middle of the drama. 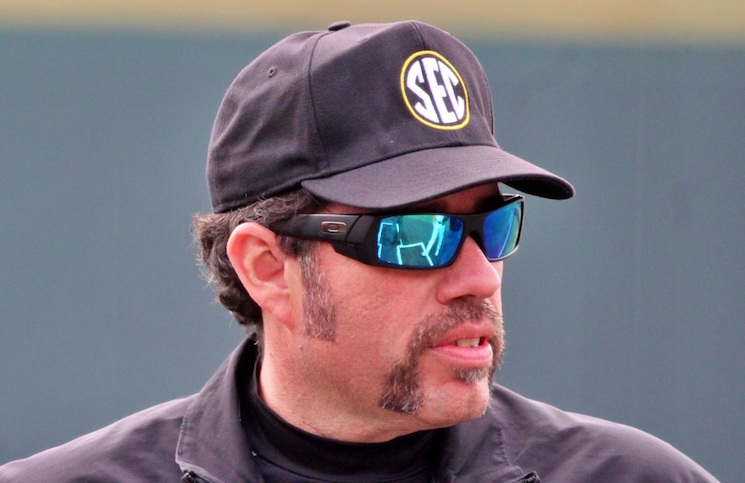 Arizona State’s Jacob Walker hit Arizona’s Chase Davis with a pitch, but Macias — the one plate umpire — didn’t award Davis first base. The NCAA rule states that batters must attempt to avoid a pitch that hits them unless it occurs in the batter’s box.

Macias ruled that Davis didn’t attempt to get out of the way, and first-year Arizona coach Chip Dale came out to have some words with Macias. The umpire ejected the Wildcats’ head coach shortly after.

“He basically had to throw me out because I was arguing basically balls and strikes,” Dale said postgame. “I know it’s a college rule that you can’t lean in and get hit, I just didn’t feel like he moved his knee at all. I knew when I stayed out there, he’s gonna throw me out.”

Tennessee and Macias had previous beef before game two of the Alabama series. Macias was the home plate umpire in the Vols’ 2021 season ending loss to Texas, and things escalated between the Tennessee dugout and the umpire crew.

The Vols were very unhappy with Macias’ work behind home plate in the opening game of the Alabama series.

Tennessee looks to build upon its fantastic 38-3 (17-1 SEC) record this weekend when they host No. 19 Auburn to Lindsey Nelson Stadium for a three-game series.