The last two months for Tennessee football in the recruiting world have been a momentum-filled whirlwind. While gearing up for the second year of the Josh Heupel era, Tennessee is working hard to bolster its future classes with the top talent in the nation.

Below is a timeline, starting in March, documenting the most significant events that have happened in the Tennessee recruiting world this spring. 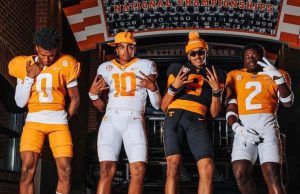