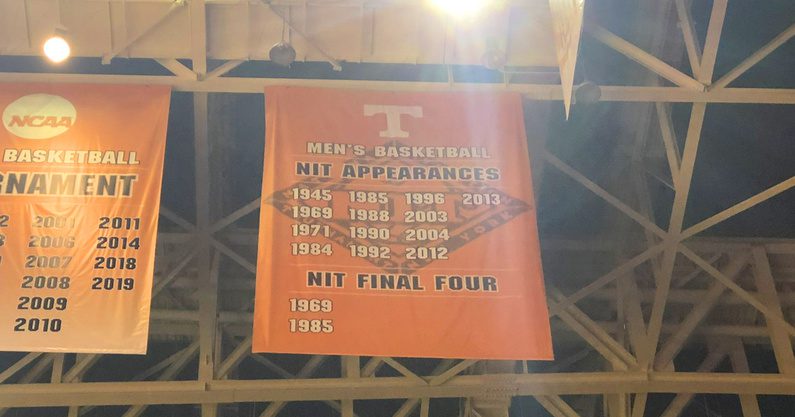 However, the banner is no longer at Thompson-Boling Arena, RTI learned over the weekend. The spot where the banner hung — in the corner across from the Tennessee bench — is no longer occupied, but could have a replacement in the next year. 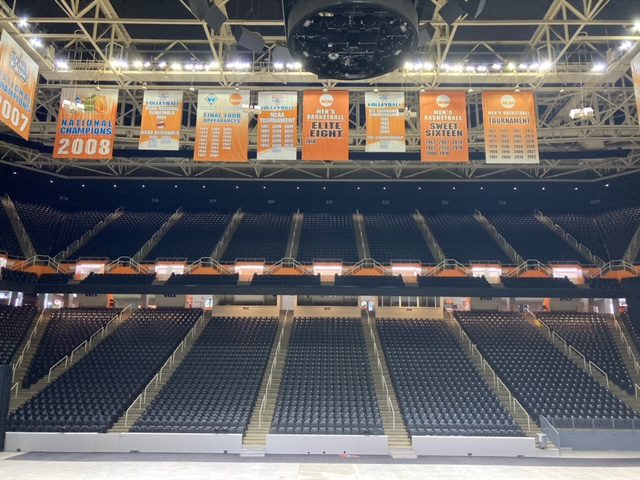 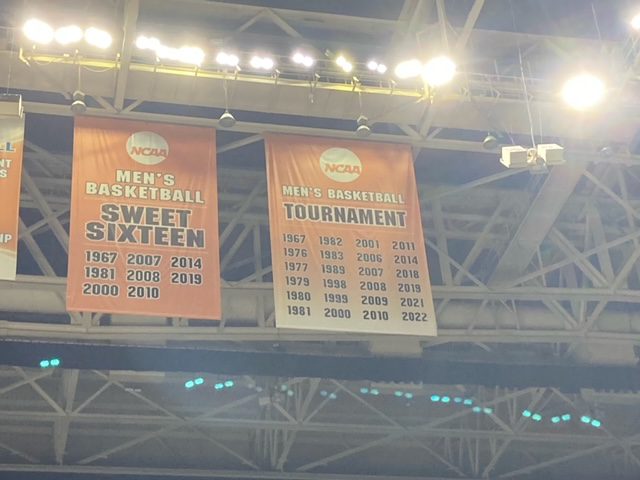 The removal of the NIT banner and addition of the 2022 tournament berth to the NCAA Tournament appearances banner aren’t the only changes the Vols have made to the banners since the end of the season.

Tennessee has already updated its SEC Tournament Championship banner to include the program’s first conference tournament title in 43 years. 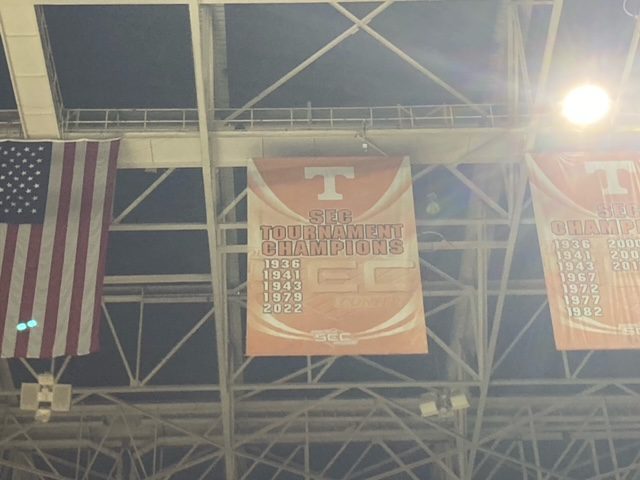 Tennessee has significantly more NCAA Tournament appearances than NIT appearances, making it to the National Invitational Tournament 13 times including trips to the semifinals in 1969 and 1985. The NIT lost even more of its luster earlier this year, announcing the semifinals and finals will no longer be played at Madison Square Garden.

Barnes’ eighth Tennessee team has a fantastic chance to earn the program’s 25th NCAA Tournament appearance. The Vols will be back in the top 25 next season after Josiah-Jordan James’ announced plans to return for his senior season and five-star small forward Julian Phillips committed to Tennessee over Auburn.