KNOXVILLE, Tn — Tennessee’s offense used a steady stream of pressure and Blade Tidwell turned in his best start of the season as the Vols cruised to a, 10-0, Knoxville Regional opening victory over Alabama State.

Here’s everything you need to know about the blowout victory.

Tony Vitello wanted to keep the rhythm the same with his pitching staff from the SEC Tournament into the NCAA Tournament.

It worked out pretty well, as Tidwell turned in a career best outing. The sophomore shut out the hornets through 7.2 innings, allowing no walks and three hits while striking out seven.

The Hornets never had two baserunners at the same time as Tidwell cruised through the SWAC Champions lineup. The right-handed pitcher’s fastball sat in the upper-90s and Tidwell commanded it excellently.

Wildness and walks have plagued Tidwell this season. Tidwell not only offered zero bases on balls, but threw three balls in just two at-bats.

The Loretto, Tennessee native got into a groove and dominated, retiring the last 10 Hornets he faced.

“I would say I’ve returned to form,” Tidwell said. “I’ve been feeling like that, I know the results haven’t been what I wanted, but I’ve always had that confidence this year in my stuff and it’s nice to see it play out on the field.”

Tennessee’s offense wasn’t necessarily quiet in the first five innings. The Vols led, 3-0, with Tennessee scoring or threatening in all five innings. But the Vols couldn’t truly get to Breon Pooler and didn’t score more than one run in any single inning.

Alabama State went to the bullpen with two-outs in the fifth inning and while Payton Harris got out of that inning, he ran into trouble in the sixth.

Blake Burke worked a leadoff walk and Cortland Lawson’s single gave Tennessee runners on the corners with nobody out. It looked like Alabama State might limit the damage, getting an out on a Charlie Taylor squeeze play followed by a Seth Stephenson strikeout.

Then, Tennessee broke the game open with two-outs. Luc Lipcius — who reached base in four of six at-bats — singled to left field to bring home a run. Then Jordan Beck and Drew Gilbert hit back-to-back home runs to give Tennessee a five-run fifth inning that effectively put Alabama State to bed.

“There wasn’t a conversation with Chuck [Charlie Taylor], and I don’t say that in an abrasive fashion. There doesn’t need to be one,” Tennessee head coach Tony Vitello said. “Just when you get to work, you’re going to be lucky if you beat him and then if you’re going to take your time getting home, you’re probably going to bump into him in the parking lot or see that his car is still there. … You feel good about resting your head on the pillow when you have a guy like Redmond Walsh, Ben Joyce, Charlie Taylor. You want good kids that work hard, are good teammates and put the team ahead of themselves. And this time of year, anything can happen.”

The redshirt-freshman was strong behind the plate and didn’t have any noticeable mistakes.

Taylor has struggled mightily at the plate this season and while he didn’t record a hit, he wasn’t awful either. The backup’s biggest offensive contribution came via a RBI squeeze bunt that recorded the first run of the massive fifth inning.

“You’re supposed to be even-keeled, but I think my track record speaks volumes that I’m not good at that,” Vitello said. “It was a time to celebrate within the game even though the game was still in the balance. It’s awesome to see guys get rewarded the way that they should.”

Taylor struck out twice and flied out to the warning track in centerfield in his other three at-bats.

The question now becomes how long will Tennessee have to rely on the redshirt-freshman. Vitello is set to update Evan Russell’s status following the game. 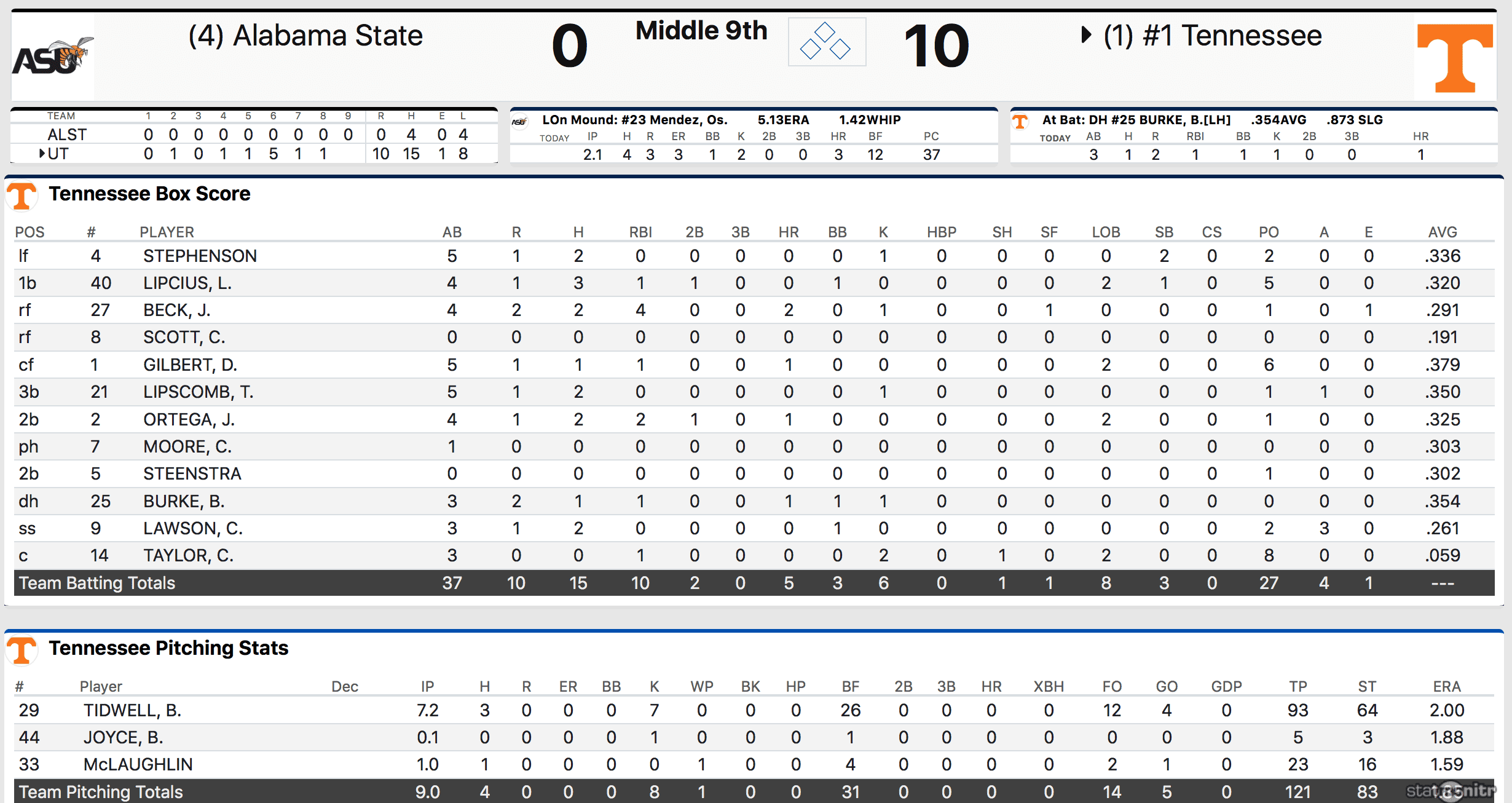 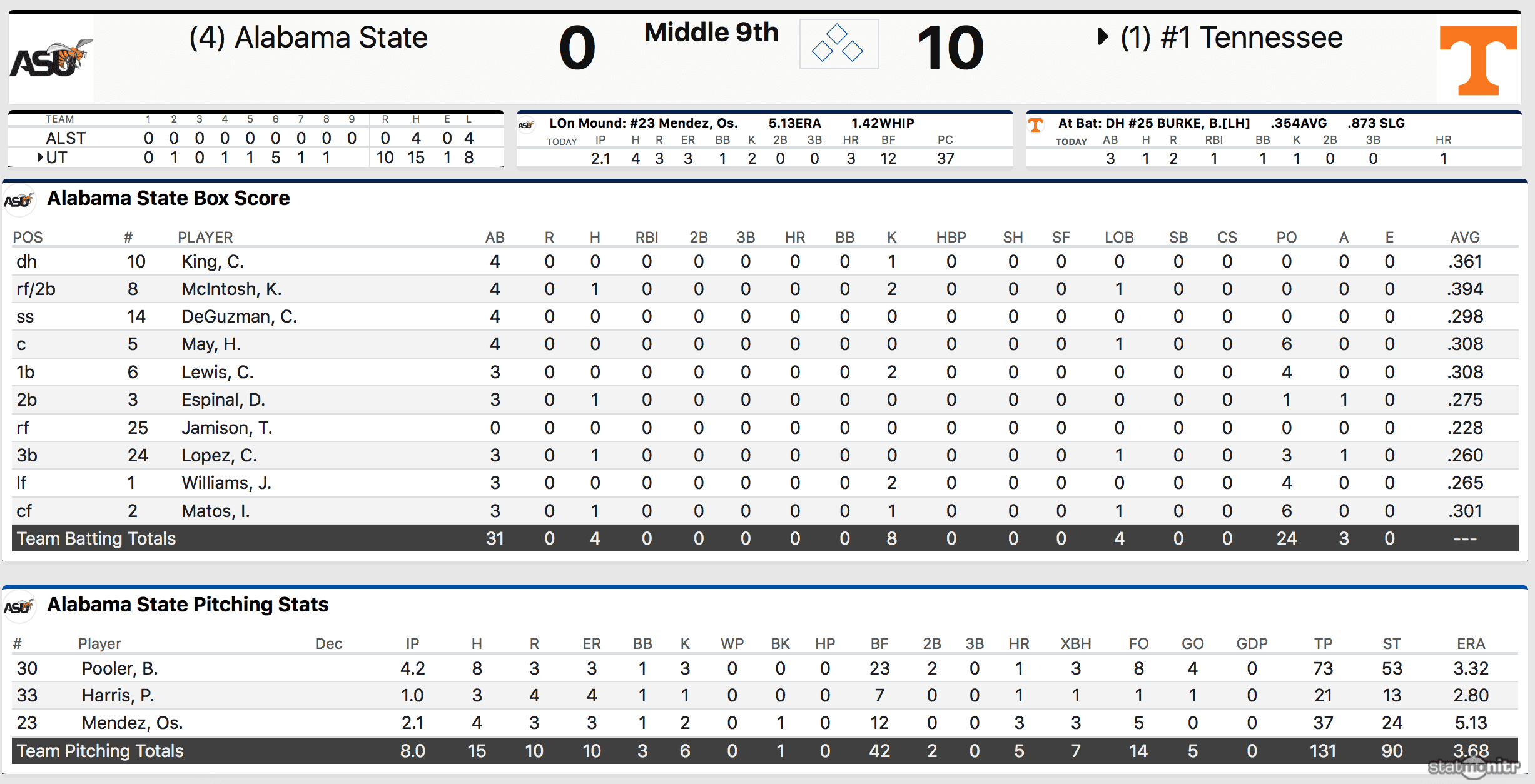 Tennessee and three-seed Campbell face off with a berth in the Knoxville Regional Championship on the line Saturday at 7 p.m. ET. The television schedule has yet to be announced.