With just over three weeks until the start of the Tennessee football season, many are partaking in the tradition of overall record predictions. In case you missed it, check out Rocky Top Insider’s Tennessee season projections here.

One of the most common season projection outlets is ESPN’S Football Power Index, which gives a matchup prediction for each game of the season. While these predictions can change throughout the season, they are set for the preseason with the entire schedule loaded in.

The Vols are also projected with a 5-2 home record and a 2-3 record on the road.

Tennessee is also given the No. 25 ranking according to ESPN’s FPI projections. Tennessee’s projected win-loss record falls between 4.9 and 7.1, with the Vols having an 89.2 percent chance to reach six wins.

Five of Tennessee’s opponents are ranked above the Vols’ spot inside of the Top 25. 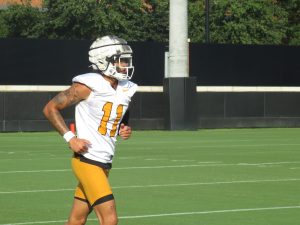