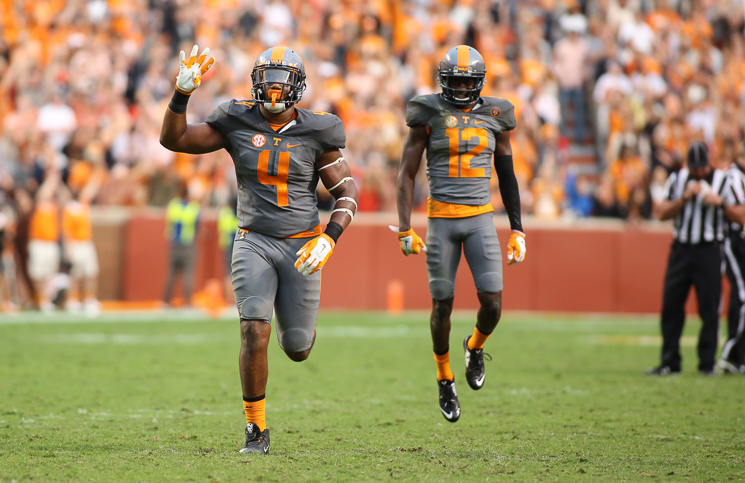 By the end of the four year plan, Tennessee will wear four different versions of its “Smokey Grey” football uniforms.

The “Smokey Grey” uniforms Tennessee’s worn in the past and will wear this year are two different shades of grey with the Smoky Mountains silhouette on the helmet. In its release announcing the uniforms, Tennessee said the “concepts will honor the past, celebrate the present and embrace the future of Tennessee football.”

Tennessee didn’t wear alternate uniforms from 2018-20 under head coach Jeremy Pruitt. The Vols dipped their toe back in the alternate uniform game this season, debuting their “dark mode” uniforms. The uniform set included black pants and jerseys with white helmets.