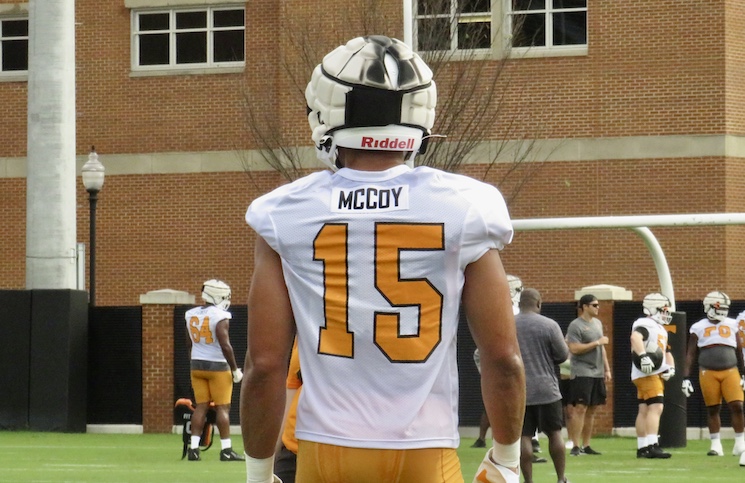 The University of Southern California is not standing in the way of transfer Bru McCoy receiving immediate eligibility at Tennessee, USC claims in a statement given to Outkick’s Trey Wallace Saturday.

“USC has – consistently with NCAA rules – promptly and accurately responded to all requests from the University of Tennessee related to the eligibility of Bru McCoy,” the statement reads. “At no point since Bru entered the transfer portal in January have we objected to him being made immediately eligible to play at Tennessee. The issue of Bru’s eligibility ultimately rests with the NCAA, and we wish him the very best.”

McCoy transferred from USC to Tennessee in May after playing in just one season in three years at Southern Cal.

The five-star recruit early enrolled at Texas out of high school but transferred back home to USC before his freshman season. McCoy didn’t play as a freshman before recording 21 catches for 236 yards and two touchdowns in the five game COVID-19 shortened 2020 season.

McCoy didn’t play in 2021 after the Los Angeles Police Department arrested him in July of that year on domestic violence charges. A month later, the LAPD declined to press charges against McCoy. Still, USC didn’t admit McCoy back into school, leading to him missing the entire season and eventually entering the transfer portal.

The McCoy family sued USC last August for not having sufficient evidence to remove him from the university, but dropped the suit after announcing plans to transfer to Tennessee.

McCoy is recovering from an offseason hip surgery while learning Tennessee’s playbook this fall camp. While there’s been a period of acclamation, Tennessee’s coaches praised McCoy’s progression earlier this month.

The Vols are less than two weeks away from kicking off their 2022 season against Ball State on Sept. 1.