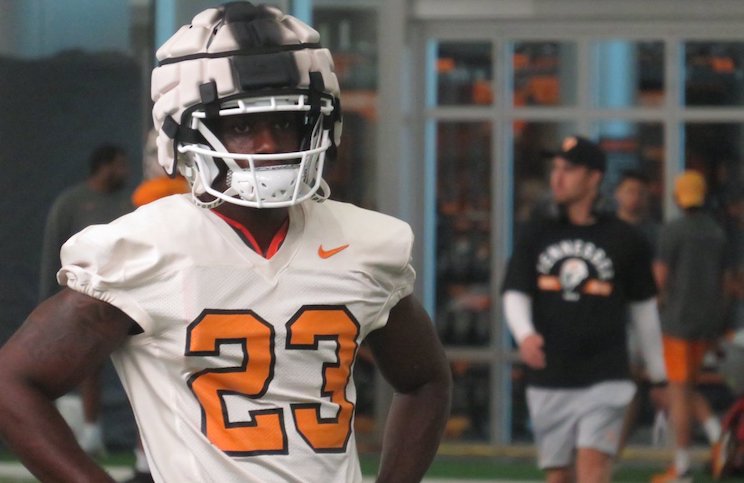 Lyn-J Dixon stuck around Knoxville almost as long as Kevin Steele. The former Clemson running back is leaving the Tennessee football program after transferring in earlier this month, Volquest.com first reported and a Tennessee spokesperson confirmed to Rocky Top Insider earlier this evening.

Dixon transferred to Tennessee on Aug. 3 to provide depth to a Tennessee running back room that just lost Len’Neth Whitehead for the season and returned just two scholarship running back.

“With Len’Neth (Whitehead) being out for the season because of injury, felt like it was important that we continue to try to look for and add another body in that room if there was one available that fit what we’re going to need,” Tennessee coach Josh Heupel said earlier this fall camp. “Since he’s gotten in, he’s in a race to understand and learn what we’re doing as fast as he possibly can. He’s been able to flash in some of our situational stuff that we’ve done. For him to go out and operate and function in everything that we’re doing right now, he’s probably not at that point.

“But I’ve been really pleased with the effort that he’s put into it. He’s competed in a really good way out there on the practice field and in the stadium.”

The Butler, Georgia native originally committed to Tennessee coming out of high school before signing with Clemson. After four-years at Clemson, Dixon transferred to West Virginia after the 2021 season.

Dixon didn’t stick in Morgantown, entering the transfer portal in the summer before making a brief reunion with the Volunteer program.

More From RTI: Tennessee A Top 10 Team According To One Metric

The 5-foot-10 running back arrived in Knoxville after fall practice had begun and was behind learning the playbook and Josh Heupel’s up tempo.

Dixon was repping behind both freshman running backs — Justin Williams-Thomas and Dylan Sampson — in portions of practice open to the media before suffering a minor ankle injury in Tennessee’s second fall scrimmage.

“He tweaked his ankle, but he’s fine,” running back’s coach Jerry Mack said. “He should probably be back with us tomorrow. Lyn–J, we just kind of keep him in doing some limited work on strength and conditioning, make sure he gets back 100 percent, but Lyn–J‘s progressing fine.”

Small gained 15 pounds this offseason in hopes to stay on the field more while Wright’s battled a nagging injury throughout fall camp.

Both Williams-Thomas and Sampson have impressed in fall practice to date.

Tennessee opens up the 2022 football season on Sept. 1 against Ball State.