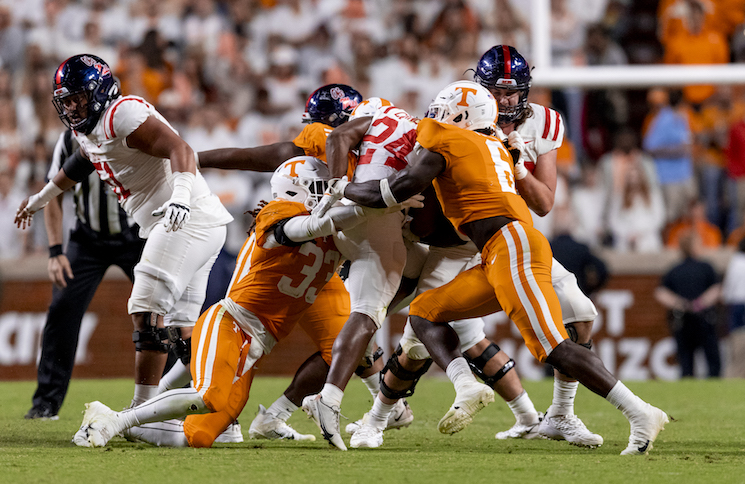 Tillman greatly eclipsed all career stats in his redshirt junior season becoming the first Tennessee receiver to total over 1,000 yards since Justin Hunter in 2012. The Las Vegas native landed on the Preseason Media All-SEC Second Team.

Young totaled 46 tackles and 5.5 sacks in 11 games after transferring from junior college to Tennessee a season ago before landing Preseason Media All-SEC First team earlier this offseason.

The league’s coaches voted Darnell Wright to the second team just like the league’s media. Wright is moving back to right tackle this season after playing himself into a NFL Draft candidate at left tackle last season.

Jabari Small is on the Preseason Coaches All-SEC Third Team after rushing for 792 yards and nine touchdowns while battling a shoulder injury as a sophomore in 2021.

Senior defenders Jeremy Banks and Trevon Flowers joined Small on the third team after finishing first and third on the team in tackles a season ago.

Banks totaled 128 tackles at his middle linebacker spot while showing growth in pass coverage. Tennessee coaches have raved about Flowers this offseason after the safety recorded 82 tackles and two interceptions in 2021.

Punter Paxton Brooks is the only Tennessee specialist on the list, landing on the third team.

You can view the whole Preseason Coaches All-SEC Teams here.