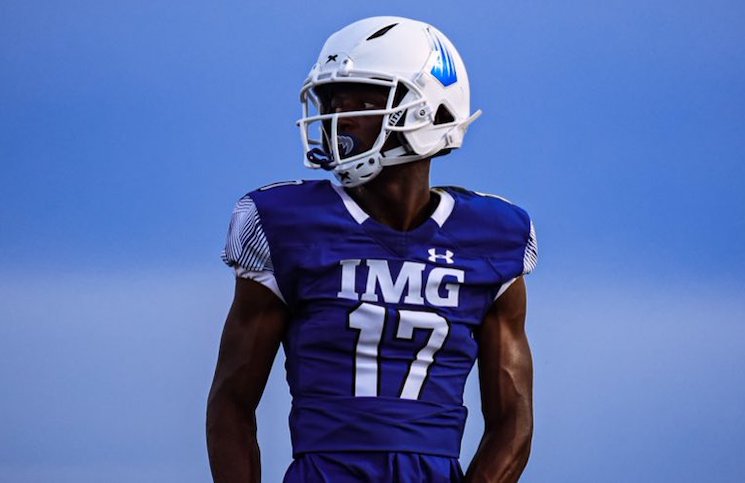 Five-star Tennessee quarterback commit Nico Iamaleava started some buzz and speculation this week when he posted a picture of himself and four-star Ohio State receiver commit Carnell Tate on his Instagram story.

On3 recruiting expert Chad Simmons provided more buzz Wednesday, saying not to count out the Vols when it comes to the Ohio State commit.

“One time I thought he was a Tennessee lean,” Simmons said on the Simmons Scoop. “Went back towards Ohio State late before committing to the Buckeyes earlier this summer. Don’t think he’s done just yet. Tennessee, there’s some chatter, there’s some buzz behind the scenes that communication has picked back up with the coaching staff in Knoxville. At one time, I was about 80% sure that Tate was going to end up at Tennessee.”

Tate is close with Iamaleava and the Tennessee quarterback commit has continued to peer recruit him according to Simmons.

“He has that connection with (Ohio State receiver’s coach) Brian Hartline,” Simmons said. “Ohio State obviously has produced wide receivers. He’s from the midwest, Chicago, area. He close friends with (Ohio State receiver commit) Brandon Innis. There’s a lot still that helps Ohio State here and he’s still committed. Nothing’s changed there. There’s just been more talk according to my sources between Tennessee and Carnell Tate. Definitely something to watch.”

Tate ranks as the No. 58 player and No. 11 receiver in the country according to the 247sports composite rankings.

The Chicago native plays his high school football at Florida’s IMG Academy. If the Vols were to pull a stunner and flip Tate from Ohio State, getting him on campus for a visit this fall is a major step.