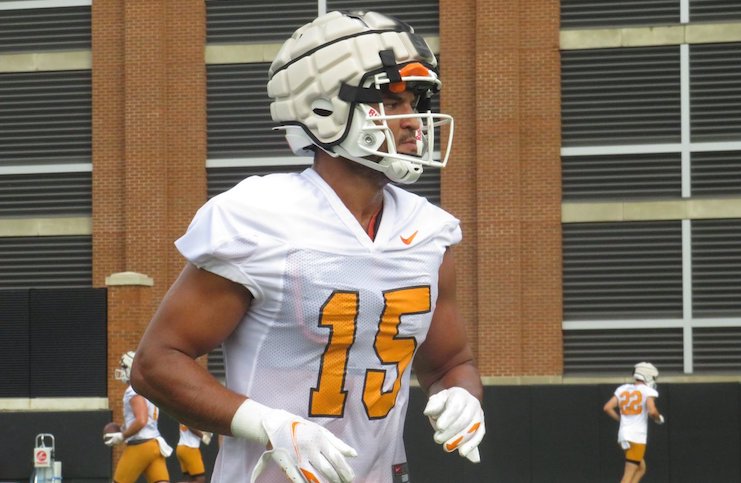 “Certainly a small sense of relief,” Tennessee head coach Josh Heupel said Monday. “More than anything, just excitement. When I got the news, man, it sent chills down my spine. So excited for him. A young man that’s done it the right way since he’s been here. Has gone through a long windy journey to get to this point. Now he has an opportunity to move forward with his future and go compete with his teammates, his brothers.

For McCoy, his immediate eligibly finally puts a bow on his USC tenure and the last calendar year in which he didn’t play on the field.

Arrested for felony domestic violence in July 2021, USC indefinitely suspended McCoy and didn’t readmit him following the Los Angeles Police Department dropping the charges a month later. McCoy sued USC over his inability to attend the school and despite dropping the lawsuit after announcing his transfer to Tennessee, the Trojans seemingly held up his ability to become eligible.

More From RTI: Tennessee Linebacker Set To Return To The Field

Tennessee bypassed Southern Cal and applied for immediate eligibility to the NCAA. The NCAA approved McCoy’s eligibility waiver allowing the former five-star to return to the field for the first time in two years.

For Heupel, telling Bru he was eligible and watching his newest receiver relay that message to his dad was extremely rewarding.

“Having a chance to tell him and hear him tell his dad was one of the great moments of my career,” Heupel said. “You could just tell the sense of excitement and some relief from them that they’re able to just move on and go compete. Really special for him and his family.”

McCoy’s eligibility gives Tennessee a physical talented receiver to add to its rotation. Walker Merrill and McCoy were listed as co-starters on Tennessee’s first depth chart of the season and whether or not the USC transfer starts in Thursday’s season opener he’s going to have chances to show his worth on the field.

There is, however, rust to knock off. McCoy hasn’t played since 2020 and is working his way back from an offseason hip surgery.

The Vols took it slow with McCoy during fall camp and seem pleased with his progress heading into the season opener.

“The beginning portion of practice we were kind of methodical in ramping him up as he came off of not being quite 100 percent at the beginning of summer,” Heupel said. “So, we have built him up. He has got a good understanding of what we’re doing. He’s operated fairly efficiently in what we are doing offensively.

“He has got a really good understanding of what we’re doing. He has continued to get stronger physically, been more fundamentally and technically sound in what we’re asking him to do. There’s a lot of positive things as we have gone through this training camp with him.”

What McCoy gives the Vols to open the season could be different than what he gives them by the end of the year. Nevertheless, adding a 6-foot-3, 225-pound physical receiver to play opposite of 6-foot-3, 215-pound Cedric Tillman gives Tennessee a dangerous set of big play receivers and strong blockers.

With his tumultuous time at USC behind him, McCoy is looking to improve his draft stock and reward Heupel for betting on him. If he lives up to his potential, McCoy could help provide Heupel’s career with more great moments.