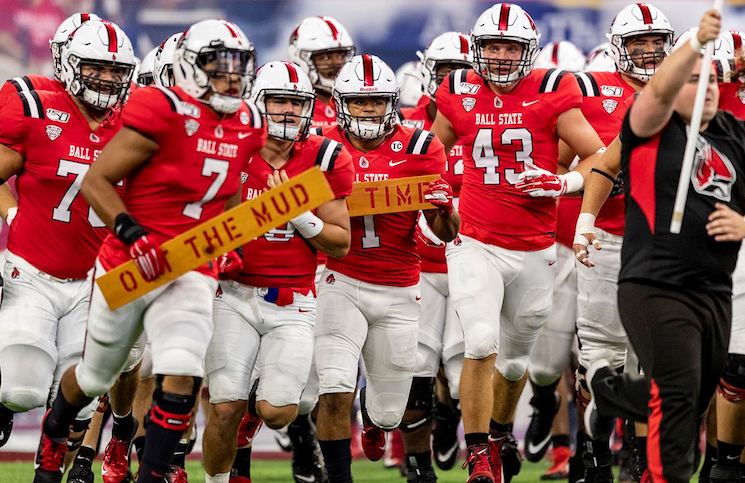 What are the expectations for Ball State entering Mike Neu’s seventh season?

I think the expectations are to return to a bowl game and show this is a program which can compete every season. This will be a big test for Mike Neu. For years he’s had the same players, who were able to make back-to-back bowl games for just the third time in program history. Those guys have graduated. Can Ball State continue to compete or will it take a dip after losing so many super seniors?

Who is set to replace quarterback Drew Plitt and what does that player bring to the table?

John Paddock, who’s entering his fifth season, will take over. He has limited game experience but has a been a backup for three seasons. He’s got a strong arm and ability to scramble if needed. He’s also a guy who has the full confidence of his teammates and coaches. Offensive coordinator Kevin Lynch said it feels like they have a three-year starter coming back.

How does Ball State’s secondary project this season? Strength, weakness or neither?

That’s to be seen. Certainly, it was one of the biggest question marks coming into the season, but there’s experience across the board. This group, and the defense as a whole, will have to improve if Ball State wants to achieve its goals. Last season, Ball State simply gave up too many big plays.

What (if anything) makes you believe Ball State can make this a game into the second half?

I think Ball State’s offense will surprise. I don’t think the offense will take a step back with John Paddock (though it has to be better this season than it was last year) and it has plenty of weapons. Defensively, Ball State will need to force turnovers, something its been good at under defensive coordinator Tyler Stockton but struggled to do early last season.

What (if anything) makes you believe Tennessee will quickly jump out to a lead and effectively have the game won by halftime?

Everyone knows Tennessee was one of the best first quarter teams in the NCAA last season. If the Vols get a quick score and keep the defense on its heels, similar to what Penn State did against BSU last season, than this one could be over quick. I’m not sure how Ball State’s offense would respond to a potential shootout.