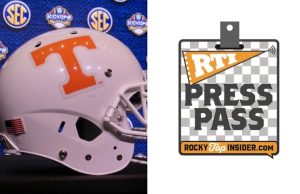 The Rocky Top Insider Press Pass podcast is back once again as Ric Butler and Ryan Schumpert are recording from the press box in Neyland Stadium after Tennessee’s 59-10 win over Ball State on Thursday in Knoxville.

After the conclusion of the game and the press conferences, the guys immediately broke out a microphone to start talking about their immediate thoughts on the game and Tennessee’s victory. From Tennessee’s offensive bursts to the defense’s player rotations throughout the game, there are plenty of topics to hit.

Check out the bonus episode of the RTI Press Pass from Neyland Stadium after Tennessee’s first game of the season below.