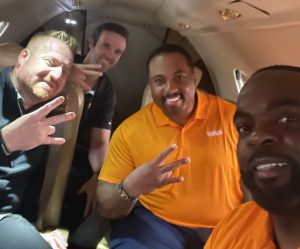 The Tennessee Volunteers are officially off to the races after starting the season with a victory over Ball State on Thursday night. And with a long weekend ahead, the Tennessee coaching staff isn’t slowing down.

According to head coach Josh Heupel during his post-game press conference, the Tennessee coaching staff will be making some recruiting rounds this weekend before meeting back up with the team on Saturday to break down their 59-10 win over Ball State.

“Players will be in the building,” Heupel said about the upcoming weekend. “If they’re on travel squad, make sure medically that we come out of this one the right way. Just check in on them, they’ve got class [Friday].”

“Coaches, a majority of them will be out recruiting, including myself,” Heupel said on Thursday. “And then Saturday morning we’re back in the building. We’ll watch it together for the first time. Obviously, everyone will watch it tomorrow as they get out on the road recruiting, flying, or whatever it might be, and then our players will be in Saturday and we’re able to tie a ribbon on this one and move on to the next one.”

Got home at 1:00 AM. Wheels up Recruiting @Vol_Football 7:00 AM @CoachTimBanks & @Gelarbee Sleep is overrated 🍊🍊 pic.twitter.com/0NNVzeIs4r

Tennessee defeated Ball State by a score of 59-10 on Thursday night behind the arm (and legs) of quarterback Hendon Hooker. The returning Tennessee quarterback threw two touchdown passes to Jalin Hyatt and Walker Merrill on the night, and also found two rushing touchdowns to go along with it.

Now, the Tennessee Volunteers turn their attention to the Pittsburgh Panthers, who also played on Thursday night. The 17th-ranked Panthers survived a back-and-forth game against West Virginia thanks to a game-winning pick-six with three minutes remaining in the game.

With the Panthers defending home turf on Thursday night, Tennessee’s matchup with Pittsburgh next week could very well be a Top 25 ranked matchup.