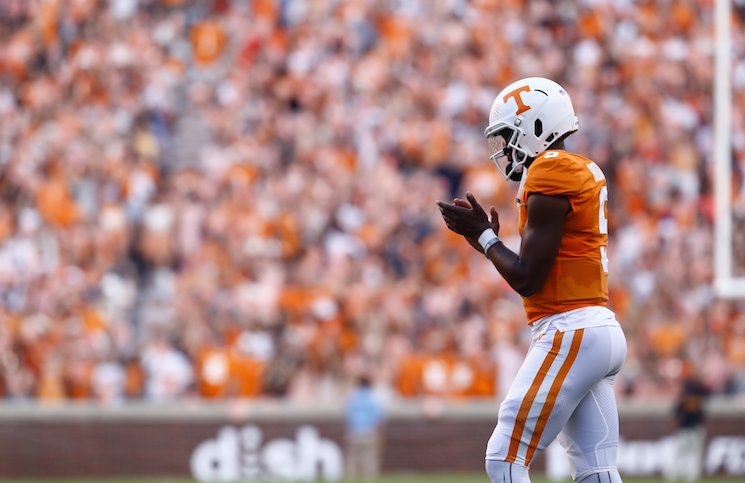 The Vols jumped out to a quick lead thanks to a Tomarion McDonald interception on the first play of the game and a Jalin Hyatt touchdown on the second play of the day.

The duo are roommates and Hyatt claims they were clairvoyant when discussing the game earlier this week.

“The crazy thing is, T-Mac, he’s my roommate,” Hyatt said. “Before the game, this is like two days before the game. We’re talking and T-Mac says out of nowhere, we’re watching TV, ‘I’m going to get me a pick’ and I’m like ‘yeah, you’re going to get one’ and I told him ‘I’m going to score first Thursday.’ We go out there and do that. It’s crazy. You probably think I’m lying but I’m telling the truth.”

Both McDonald and Hyatt broke down what they saw on their big play and what the moment meant to them as they step into increased roles this season.

There was little flashy about Hendon Hooker’s performance but the super senior was steady and effective in the win. Hooker completed 18-of-25 passes for 222 yards and two passing touchdowns. The former Virginia Tech quarterback added 14 yards and two touchdowns on the ground.

Hooker discussed what he looks for when analyzing his performance, Bru McCoy’s Tennessee debut and much more.