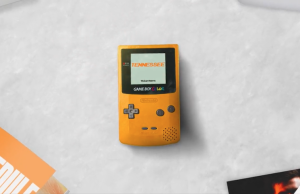 The Pokémon-inspired schedule release from Tennessee Basketball. Photo via (@Vol_Hoops) on Twitter.

The Tennessee Volunteers have combined the college basketball world and the Nintendo Pokémon world in a spectacular – and unexpected – fashion.

On Wednesday afternoon, just hours after announcing their 2022-2023 SEC schedule, Tennessee’s social media team dropped one of the most unique videos that is sure to give a wave of nostalgia to some select video game users.

The video goes through the season schedule and inserts a Pokémon in the place of each opponent, creating some laugh-out-loud surprises.

Some of the best and most funny surprises include:

The creative schedule release video is something that is becoming more and more popular in sports leagues as content creators continue to have more innovation and tools at their disposal.

The NFL’s schedule release has almost become its own day on the calendar, simply because of the videos that are posted by the teams. The Los Angeles Chargers had an animated schedule released earlier this year that was also animated and humorous.

Should we REALLY make our schedule release video an anime?