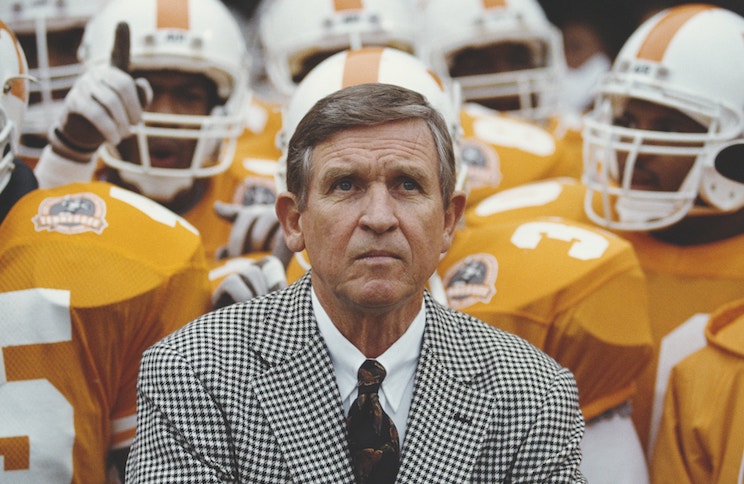 Tennessee heads to Pittsburgh Saturday for a ranked matchup against the 17th-ranked Panthers.

The matchup is the second of the Johnny Majors Classic as Tennessee looks to avenge last season’s, 41-34, loss inside Neyland Stadium.

The late Johnny Majors was a successful coach at Pitt from 1973-76 where he led the Panthers to the 1975 national championship before leaving to take over at his alma mater Tennessee.

Majors was an All-American running back and Heisman runner up playing for the Vols in the 50s before leading his alma mater to three SEC Championships in his 15 years as head coach.

Majors returned to Pitt from 1993-96 after Tennessee fired him following the 1992 season.

Tennessee released its hype video for the rematch against Pitt Thursday night and leaned into the Johnny Majors theme.

The video shows clips from Majors time as head coach at Tennessee and blends highlights from the Vols’ season opening win over Ball State.