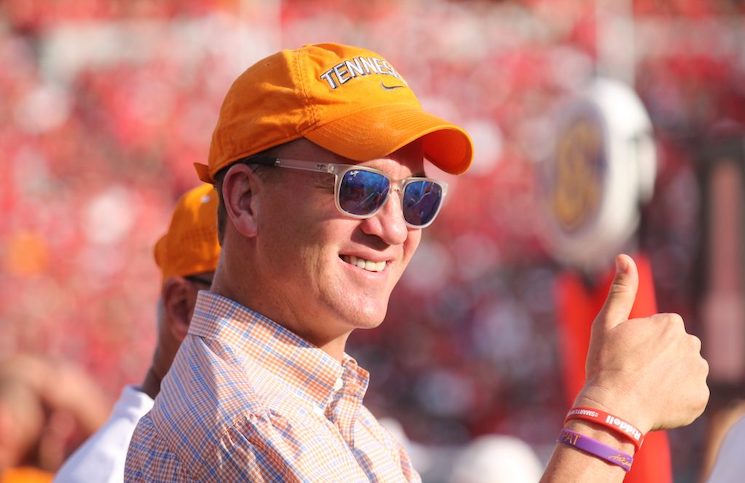 When Tennessee and NFL great Peyton Manning announced his retirement from football over six years ago, most assumed Manning would soon find his way into a broadcast booth.

Tony Romo had just retired and found abundance success as a color commentator. CBS paid him handsomely to call its game of the week with Jim Nantz and Romo was one of the most popular announcers in the game.

With Manning’s advanced football knowledge and comfortability in front of the camera — Manning was a successful commercial actor during his playing career — it seemed like a no brainer next step in his professional career.

“It’s a four-day commitment, and I wanted my fall weekends to be free,” Manning said. “Because for 20-something years they weren’t.”

Manning has frequented football games across the country since he retired. Peyton watched Eli play in his final years with the Giants, watched his nephew Arch play high school football and has watched plenty of Vols, Colts and Broncos games in person since.

The 18-year NFL star credited his former Colts’ coach Tony Dungy for giving him strong advice as he started his post playing career.

“The best advice I got was from Tony Dungy,” Manning said. “The year that I retired he said, ‘Peyton, don’t make any rash decisions. Don’t go sign up to do this right away— take a coaching job, get involved in an organization, go into broadcasting. Just take a year and let everything calm down. Enjoy your first fall of not having to stay up to midnight watching film.”

That year of not working, playing golf and traveling to football games across the country taught Manning what he didn’t want to do in the new chapter of his life.

“I kind of decided after that year that I did not want to go into coaching,” Manning said.”I learned on the broadcasting that the commitment to be gone every weekend— there are no home games when it comes to broadcasting and doing it the right way like Tony Romo does it, Chris Collinsworth, the late John Madden started it. Go watch practice, review the teams, be there hands on. It’s the only way to do it well. … I found what I didn’t want to do.”

Manning may not have become a network broadcaster, but he has stayed in football and has been in broadcasting. The former star quarterback runs a production company— Omaha Productions— and has done a mini show Peyton’s Places and the uber popular Manning Cast during select Monday Night Football games.

The Manning Cast includes Peyton and Eli watching the Monday Night Football game and breaking it down in very casual fashion while celebrity guest join them during the game.

The Manning Cast is back this season for the second year and will undoubtedly provide more great and entertaining moments.