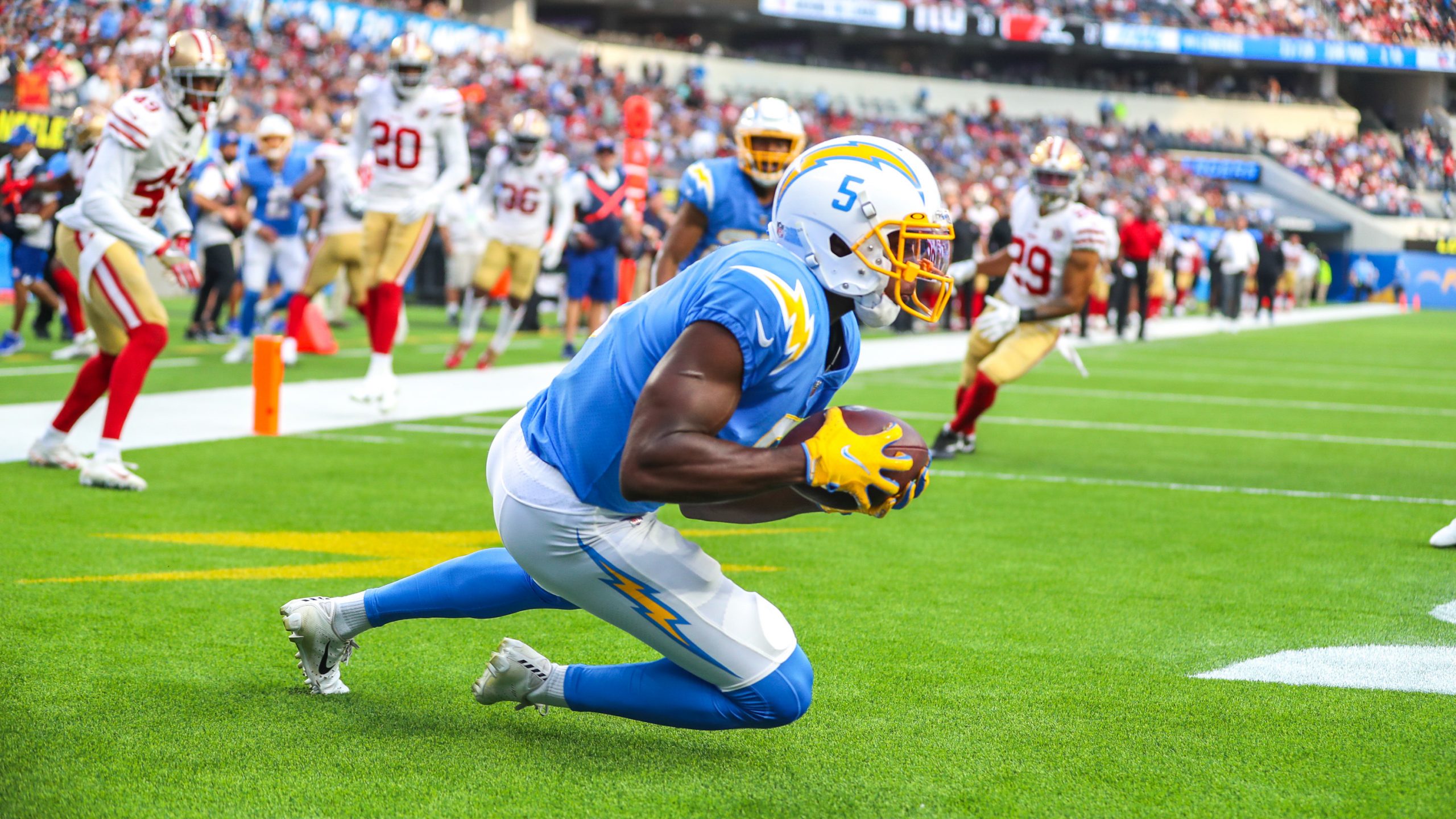 There was plenty of buzz around former Tennessee receiver Josh Palmer entering his second season with the Los Angeles Chargers. After a quiet first game of the 2022-23 season, Palmer bounced back with a strong second game.

The Canada native hauled in four passes for 30 yards and a touchdown in the Chargers’ 27-24 loss against the Kansas City Chiefs.

Palmer’s first touchdown of the season marked his fifth career touchdown as the former Vol pulled Los Angeles within four of Kansas City late in the fourth quarter.

More From RTI: Pair Of  Tennessee Players Dismissed From Program

Palmer was a strong but never dominant receiver in his four years in Knoxville. The receiver totaled between 457 and 484 yards in his three final collegiate seasons while tallying seven career touchdowns.

While his talent was evident, Palmer never had a true breakout season while in Knoxville, in large part due to quarterback struggles during his time in Knoxville

However, Palmer’s skills are starting to shine through in the NFL.

Watch Palmer haul in the the seven-yard touchdown below.

Get a $1,000 Risk-Free Bet With BetMGM Bonus Code ROCKYBET