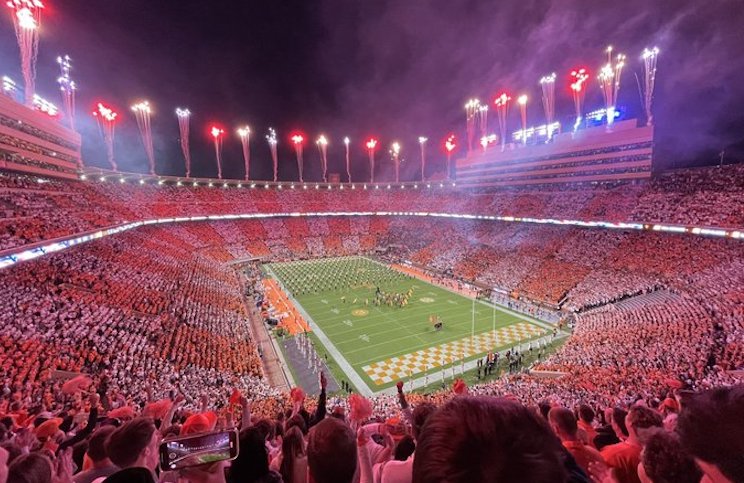 Photo by Will Dowling/ @wdowling18

We’re less than 24 hours away from Tennessee kicking off its SEC opener against Florida. The anticipation is extremely high as the Vols prepare to face their biggest test of the young season.

Tennessee is adding to the buzz by checkering Neyland Stadium for the second time in the Josh Heupel tenure.

The Vols are in a new position against its biggest SEC east rival. The Gators have dominated the series the last decade-and-a-half. However, Tennessee is double digit favorites on Saturday against Billy Napier’s first Florida team.

It’s sure to be a raucous crowd in Knoxville and that what Tennessee’s official hype video for the rivalry game leans on.

Narrated by former Tennessee outside linebacker Curt Maggitt, the video highlights the home field advantage at Neyland Stadium. Maggitt discusses other games where Neyland Stadium was extremely loud including the 2015 Oklahoma game when Maggitt was in school.

Maggitt’s message in the hype video was simple: Bring the noise.

Get a $1,000 Risk-Free Bet With BetMGM Bonus Code ROCKYBET