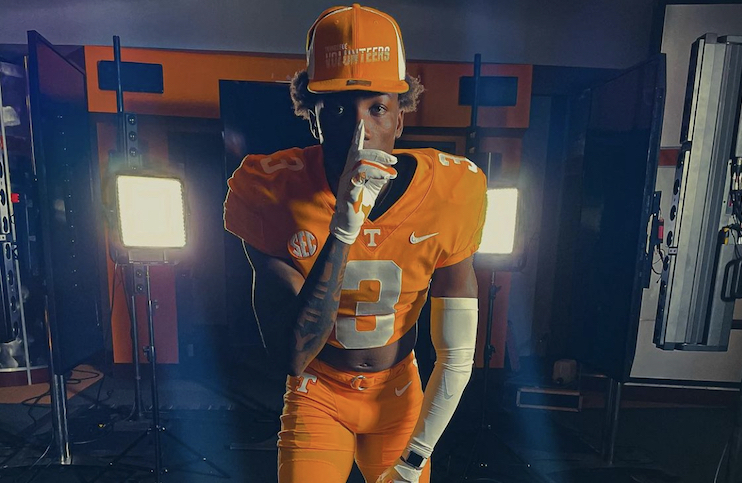 Bennett will announce his college decision on Oct. 16 and is choosing between a top group including Alabama, Florida State, Georgia, Miami, North Carolina, Oregon, South Carolina and Tennessee.

Bennett ranks as a four-star recruit and the No. 220 player in the 2024 recruiting class according to the 247sports composite rankings. The Greenville, South Carolina native ranks as the third best player in the Palmetto State and the No. 30 receiver in the nation.

The 6-foot receiver is having a massive junior season at Greenville High School including this fantastic catch.

Bennett visited Tennessee in May and late July ahead of the start of his high school season before returning for the Vols’ win over then-No. 20 Florida.

The four-star receiver was impressed by the rowdy environment inside Neyland Stadium, tweeting a video of the T parting saying “video does it no justice”

Wow. Video does it no Justice. pic.twitter.com/FUS7sdENur

Bennett has been a frequent visitor of South Carolina, seeing the instate Gamecocks seven times including for two games earlier this season.