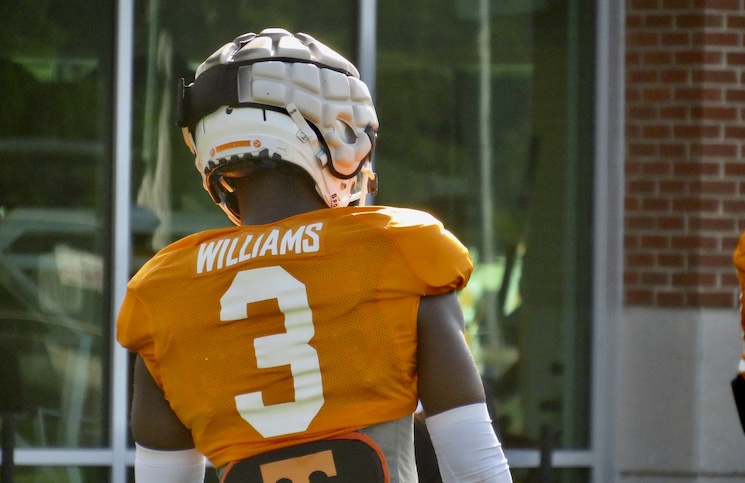 Tennessee’s defensive back room suffered a blow this week when Josh Heupel announced cornerback Warren Burrell would miss the remainder of the season after undergoing surgery.

The news was a blow to an already thin Tennessee cornerback group. However, Heupel shared good news in his Monday press conference too. The second-year coach expressed optimism that Dee Williams would be available against LSU.

“Dee has been ramping it up here the last couple weeks,” Heupel said. “I expect him to be able to play in this one. I expect him to play really well when given the opportunity.”

Williams transferred to Tennessee from junior college ahead of spring practice and has yet to make his Volunteer debut, missing the first four games of the season.

After expressing optimism on Monday, Heupel went as far as saying Williams will have a major role in Tennessee’s SEC road opener.

“We have continued to build him up in what we are doing since the start of the season,” Heupel said. “The medical staff and strength staff have done a really good job with the injuries he sustained and being able to progress. We felt like he had an opportunity to play last week, but we felt like one more week of preparation was needed for him. He’s excited and has looked really good. He will be a huge part of the game for us.”

Williams transferred to Tennessee from East Central Mississippi Community College where he played two seasons. The 5-foot-11 corner was a three-star recruit and the No. 8 overall junior college player after totaling seven interceptions and 14 pass break ups a season ago.

Junior college product Kamal Hadden has started every game at corner this season while sophomore Christian Charles has started in Burrell’s absence the last three weeks. Brandon Turnage and De’Shawn Rucker have both seen limited roles in the first month of the season.

Heupel’s comments suggest Williams will step into a role more similar to Charles than Turnage or Rucker.

Kick off from Baton Rouge is at noon ET. Bob Wischusen, Dan Orlovsky and Kris Budden are on the call for ESPN.