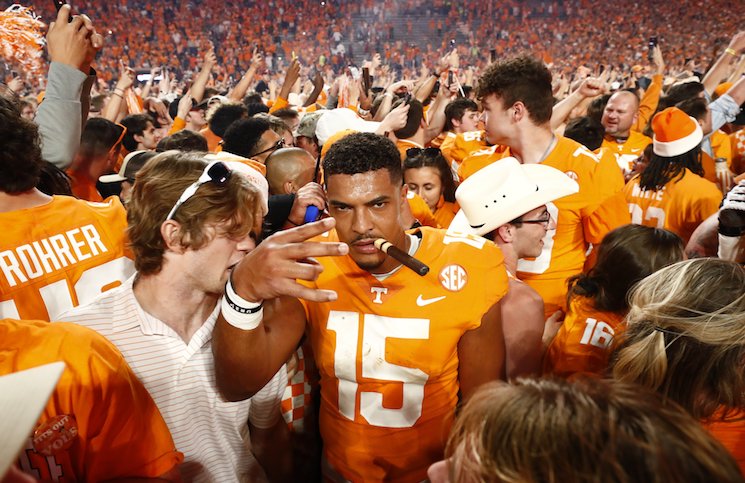 There was lots of celebrating to do inside Neyland Stadium when Chase McGrath’s 40-yard field goal wobbled through the uprights and Tennessee knocked off No. 3 Alabama, 52-49.

It was the program’s first win over the Crimson Tide since 2006 and moved Tennessee to 6-0 for the first time since 1998.

As a sea of orange flooded onto Shield-Watkins Field, Tennessee’s players began enjoying a long night of postgame celebration.

Here’s some of the best videos and pictures of Tennessee fans celebrating the win over Alabama.

Smoke em if you got em! pic.twitter.com/DabJ44QDNA

We don’t give a DAMN about the whole state of Alabama!!!! pic.twitter.com/0V80wrZYkO

Tennessee football QB Hendon Hooker had a special moment with his mom after the #Vols stunning win over Alabama at Neyland Stadium. #GoVols

@JeromeCarvin hope you enjoyed that Cigar! Appreciate the time you spent with me and my wife. I was happy to pass off my cigar! #SmokeEmIfYouGotEm pic.twitter.com/8WOk336JFq