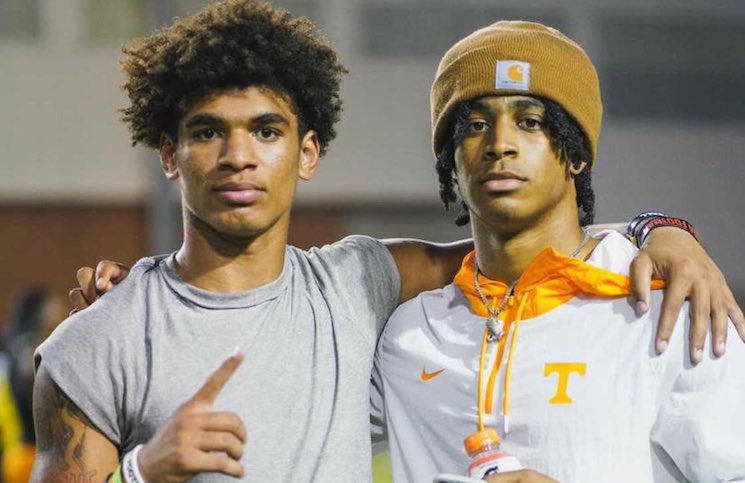 The four-star cornerback has committed to @Vol_Football over a number of Power 5 offers. pic.twitter.com/eic2UuI2ov

Beasley, a high school junior, is one of the top players in the state of Tennessee and becomes the Vols’ fourth commit in the 2024 recruiting cycle.

The 6-foot, 179 pound corner ranks as the No. 171 player in the nation and the No. 2 player in the state of Tennessee according to the 247sports composite rankings.

Beasley committed to Tennessee over Notre Dame, LSU and Oklahoma. The Fighting Irish were long seen as a major contender in the Nashville native’s recruitment after Beasley took a pair of visits to South Bend in 2022.

Tennessee gained momentum in Beasley’s recruitment after the four-star visited Knoxville twice during the summer. Beasley visited Tennessee for the Vols wins over Florida and Alabama earlier this season.

After taking in the spectacle of Tennessee’s win over Alabama, Beasley announced his commitment date before pulling the trigger after his Mustangs improved to 9-0 on the season.

Beasley’s commitment gives Tennessee the sixth-ranked recruiting class in the 2024 cycle according to 247sports team rankings.