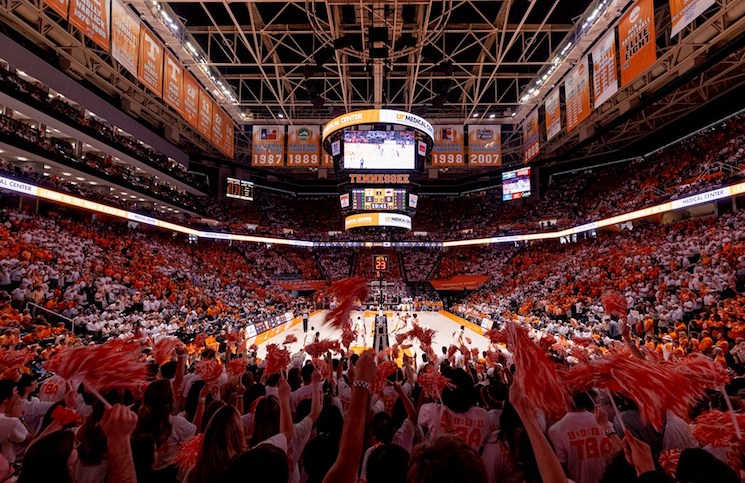 “You never redshirt a guy unless you know he’s going to be a factor in your program,” Barnes said. “There’s no doubt he has a chance to be a real factor. I think it’s going to affect him tremendously because everyone we’ve ever done that with it has paid off if they do their part and there’s no question in my mind that I think he will. Certainly we hope he will.”

Jefferson suffered from a preseason injury that forced him to miss weeks of practice and set his progress back.

“It’s happened every year,” Barnes said. “When a freshman misses that early season practice, and I think he was out for a couple weeks with an ankle, and it really set him back especially with the older group of guys. … We’re excited that he’s here. Just from what he missed early we felt like it was going to be really hard for him to catch up.”

More From RTI: Tennessee Not Shying Away From Shooting Threes

Jefferson committed to Tennessee in May and ranked as the No. 122 player in the nation and a four-star recruiting according to the 247sports composite rankings.

The Richardson, Texas native played his final season of high school basketball at Minnesota Preparatory Academy before coming to Tennessee.

The 6-foot-5 left-handed wing is a high level athlete with a developing offensive game. Jefferson’s long arms and build give him the ability to be a contributor at the SEC level.

“He has extremely high potential,” Tennessee guard Tyreke Key said. “He just needs to keep working hard and he is a really hard worker, so his potential — he’s a crazy athlete. His potential is through the roof and you know he’s going to do what he can to work extremely hard to be where he wants to be.”

Jefferson’s path to playing time was extremely narrow on the 2022-23 Vols because of their extreme depth and the ability of preseason All-SEC wing Josiah-Jordan James and five-star freshman Julian Phillips.

Tennessee returns to the court Sunday afternoon against Colorado in Nashville. Tip-off it at 2 p.m. ET on ESPN.