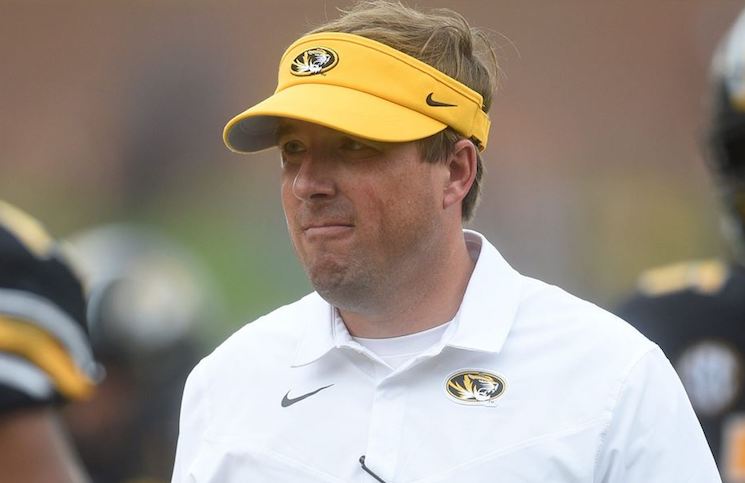 Tennessee looks to bounce back from its first loss of the 2022 season Saturday when it hosts Missouri to Neyland Stadium. The Tigers are 4-5 (2-4 SEC) in Eliah Drinkwitz’ third season as head coach and have been competitive against everyone they’ve played in conference.

Missouri recently gave Eliah Drinkwitz a contract extension. How do people view his 2.5 years as head coach and the state of the program entering the final stretch of the season?

People think next year is going to be the true tell of where the program is. I think they’re a little befuddled as to why MU would do the extension now, and would rather have waiting until they see what it could be. Drinkwitz has done a great job selling himself and people like the way he has recruited, but I think fans are going to want to see more results in the near future.

What have been the shortcomings for Missouri’s offense this season?

It all comes down to the offensive line. The Tigers lost a lot of talent there during the offseason and the replacements haven’t panned out super well. Saturday will be the sixth combination of guys so far this season, and none of them have done a super good job.

First of all, he brought in some new personnel. Missouri hit the portal pretty hard during the offeason and tried to bring in a contributor in every position group. Also, it just seems like the scheme might be a little bit simpler, which means guys play more confident and don’t look confused.

More From RTI: Everything Josh Heupel Said On The SEC Teleconference

What’s the matchup that should worry Missouri in this game?

There’s a bunch of them, but those Tennessee receivers should scare everyone. Kris Abrams-Draine and Ennis Rakestraw both probably have NFL futures at cornerback, but they can’t stop everyone. The Tiger safeties will be key.

What could Missouri do to make this matchup tight in the fourth quarter and potentially pull an upset?

If the defense holds like it has against every other team in the conference, it will come down to the offense not making fatal mistakes. Brady Cook has enough talent to lead a team to victory, but he doesn’t get a ton of opportunities with how bad the offensive line has been. He needs to make the plays when available and not have any turnovers.