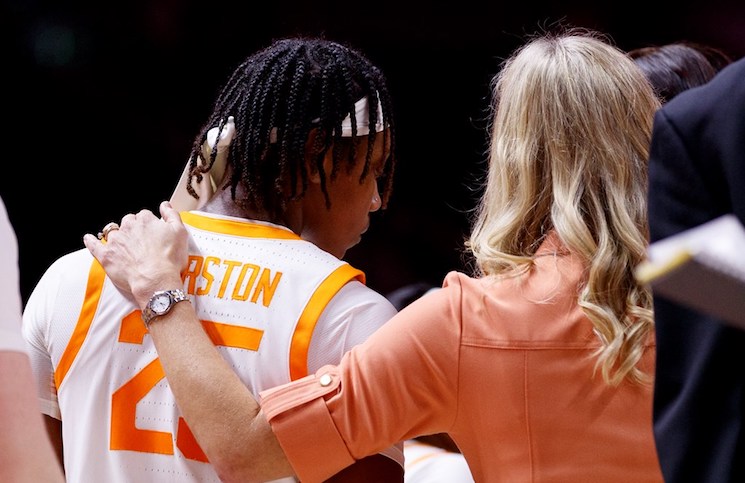 The Lady Vols released a statement on Horston’s status Friday as they prepare to face Indiana Monday.

“Senior guard Jordan Horston suffered a left lower extremity injury in Thursday night’s game vs. UMass early in the second quarter and did not return to action,” Tennessee said in a statement. “She has been evaluated and her status is listed as day-to-day.”

Horston is a First Team Preseason All-SEC selection after averaging 16.2 points and 9.4 rebounds per game a season ago. The senior missed the final six week’s of the 2021-22 season with an injury. Horston hoped to return for the nCAA Tournament but wasn’t able to suit up in the Lady Vols run to the Sweet 16.

Injuries consistently plagued the Lady Vols a season ago. Rae Burrell went down in the first half of the season opener and it set the tone for an injury filled season for Tennessee. Horston, Burrell and Tamari Key were starters that all missed time and effective back up forward Keyen Green suffered a season ending injury.

“Last year there were a few moments where I let myself daydream about what might have been had we not had the injuries that we had,” fourth-year coach Kellie Harper said. “I do think the adversity that we faced challenged us as a team and as a program individually to be better.”

Tennessee appears to have avoided the worst with Horston’s injury and hope that it doesn’t become a reoccurring theme again this season.

The Lady Vols return to the court Monday when they travel to Bloomington to face Indiana. Tip-off is at 6 p.m. ET and ESPN2 is broadcasting the game.