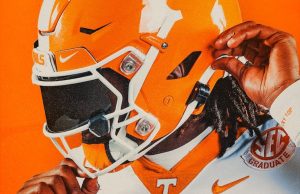 After revealing new orange helmets on Tuesday night, Tennessee officially hit the field for the first time with those helmets on Saturday night in Columbia.

Prior to the game starting against the Gamecocks, the Vols ran out onto the field for pregame warm-ups wearing the new helmet.

It is the first time in the “modern” era of helmets that Tennessee will be wearing an orange lid.

Tennessee’s 🍊 helmets on the field pic.twitter.com/rIUuinIpLh 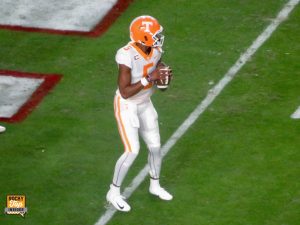 BIG time drive to close out the half.

As seen in the photos, Tennessee is wearing white pants and white jerseys to go along with the new orange helmets.

Tennessee fell to South Carolina by a score of 63 to 38 on Saturday night in Columbia, South Carolina. The Vols will look to regroup in Nashville this weekend for the final game of the regular season against Vanderbilt under the lights.