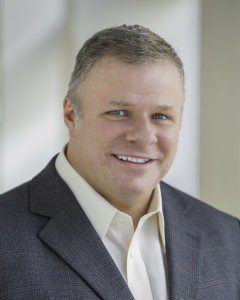 Rocky Top Insider co-founder Bob Baskerville grew up on the mean streets of Speedway, Indiana, home to Hoosier Hysteria, the Indy 500, and the biggest fried tenderloin sandwiches you’ll find anywhere. It was there that his love of media and sports began, a certifiable “TV rat” from the get, knowing he wanted a career in media when just a wee lad. As such, his professional journey has been a hell of a ride.

Bob’s versatility and track record for success has afforded him a number of high profile executive assignments in the media space, and he’s accumulated over 30 years of experience in broadcast and cable television. Bob is currently an Executive with Scripps Networks Interactive, home to the best lifestyle media brands in the world, HGTV, Food Network, Travel Channel, and DIY Network. With senior leadership roles in programming and production, International development, brand management as President of DIY Network, and most recently, in the digital technology group at Scripps, Bob has deep experience in virtually all sides of the media business. Before he joined Scripps in 1994 as a founding member of the launch team for HGTV, Bob was the Head of Production at E! Entertainment Television in Los Angeles for six years, where he was a key production architect on the networks signature Live from the Red Carpet coverage for all of the major industry award shows, as well as directing and production designing The Howard Stern Show, the first national version of a radio show produced simultaneously for television broadcast.

Before E!, Bob worked as a Senior Producer/Director of News and Sports programming at WTHR-TV in Indianapolis, and prior to that, he held various programming and production roles for WTHI-TV in Terre Haute, Indiana while attending Indiana State University (one year AFTER Larry Bird graduated…..damnit!).

Bob’s love for sports has also extended to his professional life, having worked previously for ESPN, Turner Sports, and NBC Sports on NFL Football, Boxing, College Basketball, Pro Bowling (don’t judge…they really are athletes!), and various other sports. More recently, he took his first stab at co-hosting a weekend sports talk radio show in the Knoxville market for about a year, and, as Big and Rich once sang…”this town….ain’t never gonna be the same!”

Which brings us to right now, where Bob and John Cave Osborne have assembled a crew of really talented cats, and together, they are poised and ready to win the Internet with Rocky Top Insider. Here they come! Kinda like SuperFriends, don’t you think?

Bob lives in Knoxville, TN with his wife and two children.