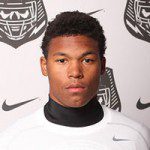 Status
Bailey Phillips picked up an offer from Tennessee when he visited during the Orange and White Game in April. After his visit, he received offers from Clemson, Wake Forest, San Diego State and SMU. Phillips returned to campus July 19, 2014 during UT’s second “Orange Carpet Day” of the summer and committed during his visit. After nearly a full year of being committed to the Vols, Phillips publicly decommitted from Tennessee on June 9, 2015, and declared his recruitment open again..

Phillips comes from a program with a track record of producing talented defensive back prospects. Kameron Miles, who signed with Texas A&M before transferring to Butler Community College, Will Earley (Arizona State) and Dylan Sumner-Gardner (Boise State) all played ahead of Phillips his freshman year, forcing him to the JV squad. A productive sophomore campaign saw him receive interest from numerous programs.

One of the smaller prospects Tennessee has recruited in recent years, Phillips doesn’t play like it. He’s not afraid to step up in run support and isn’t intimidated by anything on the football field. He doesn’t give up on plays and demonstrates above average, though not blazing, closing speed. Phillips is disciplined with his footwork and has fairly fluid hips – enabling him to run stride-for-stride with receivers downfield.