Tennessee point guard Kennedy Chandler is professional basketball bound, declaring for the NBA Draft Tuesday. Chandler announced his plans on ESPN before posting a farewell message to Tennessee on Instagram. “To Coach Barnes, thank you for coaching me with such high standards and holding me accountable to my teammates,” Chandler wrote. “I will miss you guys […] 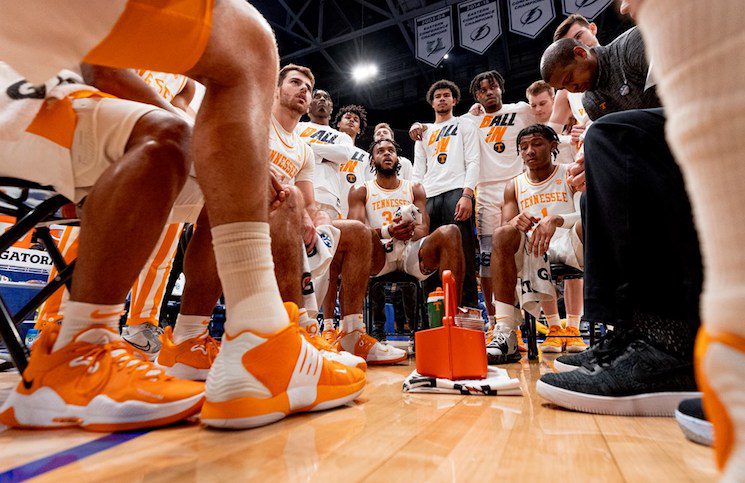 The day a college football or basketball season ends means the beginning of one of the ironically great traditions — the way-too-early rankings for the next season. It’s a particularly flawed concept in college basketball where at least 25% of most teams will change between now and opening day with invention of the transfer portal […]

March Madness: Is UNC the Story of the Tourney? A day after Tennessee visited him in Florida, five-star point guard Skyy Clark included the Vols in his top-six. Clark’s top-six includes a strong diversity of schools across the country including USC, Illinois, Maryland, Louisville and Washington. 2022 four-star PG Skyy Clark tells @On3Recruits he’s down […]

Ed Orgeron Interested In Potential Opportunity With USC Football The return of Hendon Hooker gives Tennessee major momentum entering Josh Heupel’s second season as head coach. The Vols’ settled on the Virginia Tech quarterback after the first two weeks of the season and it flipped the script of the season. According to 247sports, Hooker ranks […]

Analyst: Vols In Line for Another Strong Recruiting Class in 2021

According to the Director of Recruiting for 247Sports, the Vols are already in line for another strong recruiting class in the 2021 cycle.

Several of the Vols’ 2020 signees in football got a huge boost in the updated recruiting rankings on 247Sports on Tuesday afternoon.

One of the main recruiting analysts for 247Sports explains why four-star Vol QB commit Harrison Bailey has dropped in recruiting rankings recently.

Vol Commit Wanya Morris Upgraded to No. 1 OT in 2019 Class

247Sports updated their recruiting rankings, and the Vols now have the No. 1 offensive tackle in the 2019 class committed to them.

Are the 2017 Vols More Talented than Last Year?

According to data from 247Sports, the Vols may actually be more talented this year than they were last season.

Only one Vol made the 247Sports All-SEC Team, and that was kick return specialist Evan Berry.