According to multiple reports, former Vol linebacker A.J. Johnson has been signed by the Denver Broncos after being acquitted in a rape trial.

Vols’ Interior “Most Important Thing” to Getting UT “Back”

We spoke with a group of former Vols, and they believe improving the Vols’ interior on offense and defense is the key to getting Tennessee “back” in football. 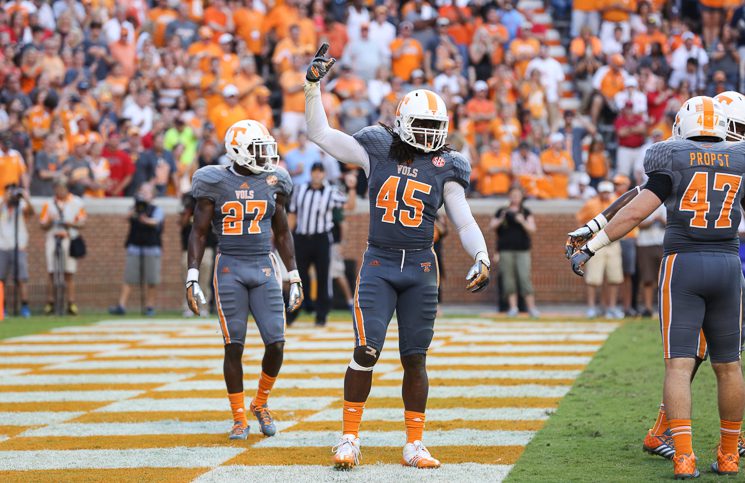 A couple updates from the past few days involving the Title IX lawsuit against the University of Tennessee.

We recap Tennessee hoops’ dominating win over LSU, look ahead to the SEC Tournament and talk about the NFL potential of several current Volunteers.

We talked with Dane Brugler about the upcoming NFL Draft – including a look at where some current Vols project moving forward – and discussed athletes/media and their roles on Twitter.

A.J. Johnson and Michael Williams have both been indicted by the Knox County grand jury on two counts of aggravated rape.

We talk impact freshmen, recruiting and Tennessee’s defensive line in 2015 now that Curt Maggitt has announced his return.