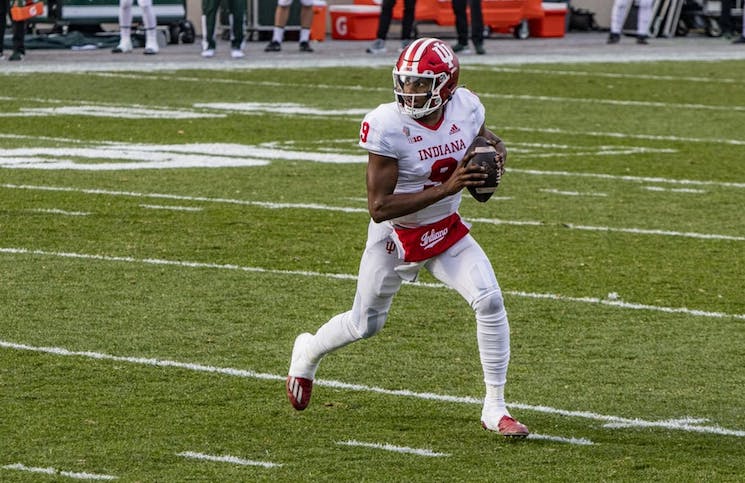 Indiana quarterback and former Tennessee commit Michael Penix Jr. announced plans to enter the transfer portal Sunday night. “I’ve officially decided to enter the transfer portal,” Penix said on an Instagram post. “I feel blessed to have been able to represent Indiana University. I appreciate the opportunity that was afforded to me by coach Allen […]

Big 10 Championship Game Preview Once upon a time, back in 2017, four-star quarterback Adrian Martinez was a Tennessee commit. Martinez chose to take his talents to Knoxville in May of 2017, however, the commitment didn’t last through the end of the year. On December 13 of 2017, Martinez and three-star quarterback Michael Penix Jr […]

Vols Lose Commitments from Both QBs in 2018 Class

The Vols lost commitments from both of their quarterbacks they had committed in their 2018 class on Wednesday. Where do they turn now?

John Currie revealed his timeline for hiring the Vols’ next head football coach to one of Tennessee’s top 2018 commitments.

Four-star 2018 quarterback Adrian Martinez took to Twitter to reaffirm his commitment to the Vols after interest from USC made Vol fans nervous.

Tennessee added a huge piece to the 2018 class on Friday evening.