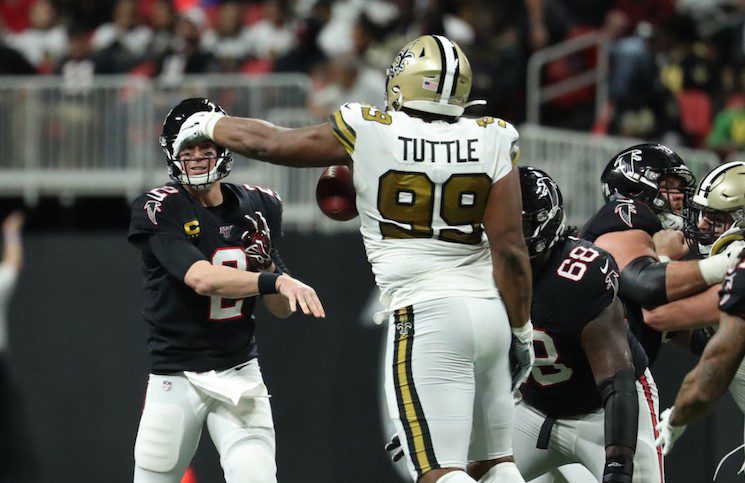 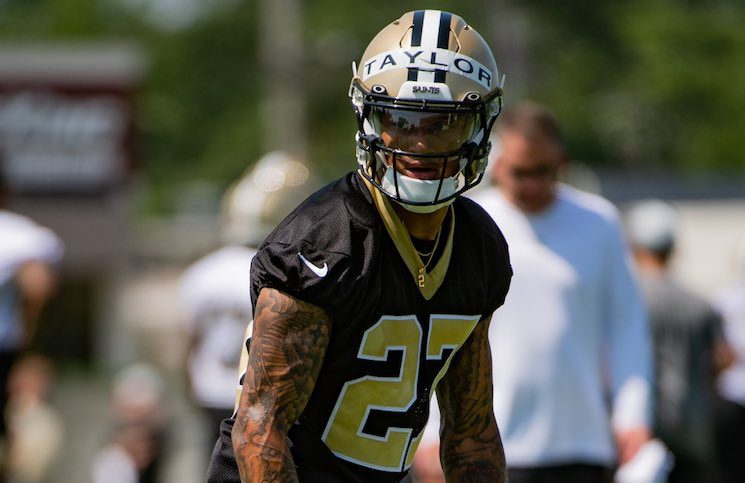 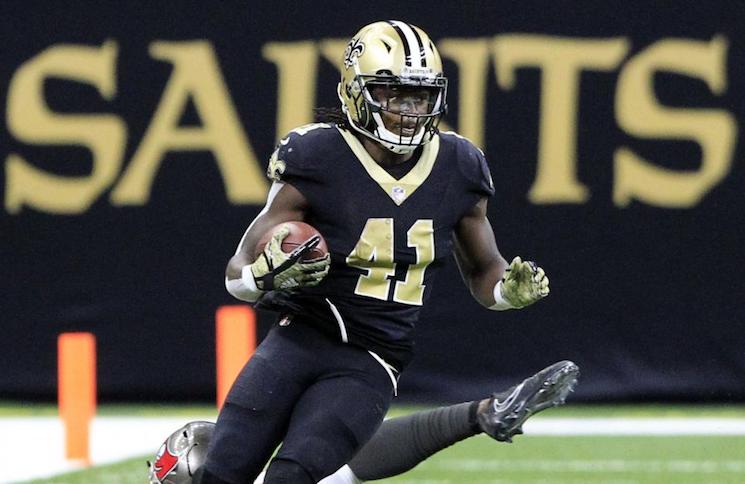 The NFL season is in full swing with week eight coming to a close Monday night. Let’s see how active Vols performed at the highest level of football the final weekend of October. VFLs in the NFL — Week Eight Chicago @ Dallas Velus Jones Jr. — Chi WR One catch for five yards in […]

We’ve seen great bet payoffs so far this year with former Volunteers playing across the NFL. Which, frankly, is something that hasn’t happened too often in the last few seasons. After Tennessee’s victory over Florida in week four, VFL Cordarelle Patterson had Atlanta Falcons tight end and former Gator Kyle Pitts wear some orange-and-white checkerboard […] 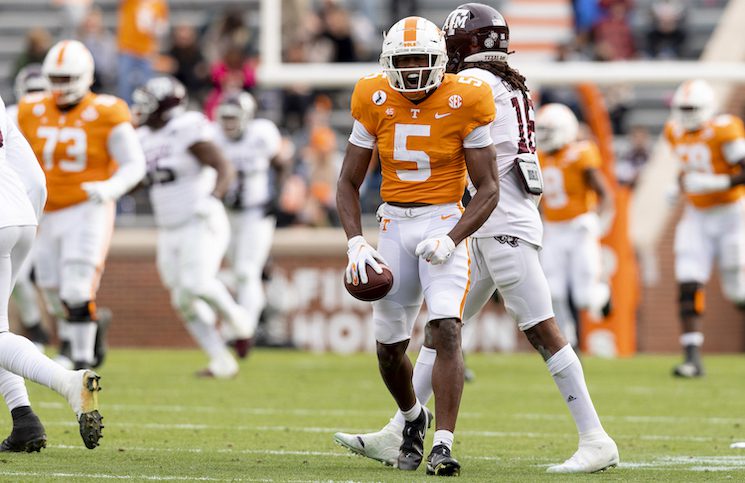 Former Tennessee Vols Josh Palmer and Trey Smith are gearing up for their sophomore seasons in the NFL – Palmer with the Chargers and Smith with the Chiefs. With NFL camps in the middle of training camps, both former Tennessee players have been collecting attention on social media due to strong plays on the field. […]

Tennessee receiver Cedric Tillman is taking the torch as Knoxville’s cookie monster from Alontae Taylor. The former Vol cornerback is off to the NFL but his NIL deal with Moonshine Mountain Cookies lives on with the redshirt senior receiver. Any game Tillman catches two or more touchdowns this season, the Knoxville based cookie shop will […] 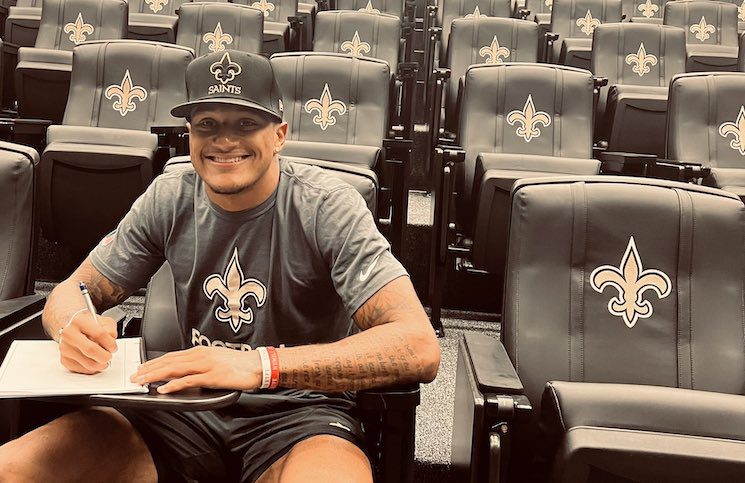 Goodbye “2”, Hello “27” Former Tennessee defensive back Alontae Taylor is preparing for his rookie season in the NFL with the New Orleans Saints. On Monday morning, the Saints’ official Twitter account dropped a new video of Taylor dressed out in his Saints uniform. 🙌 @taeetaylor pic.twitter.com/8KB44MRRRn — New Orleans Saints (@Saints) July 25, 2022 […]

Four former Tennessee Volunteers were selected in the 2022 NFL Draft in April. The New Orleans Saints took Alontae Taylor with a second-round selection, followed by the Chicago Bears taking Velus Jones Jr with a third-round pick. In addition, Matthew Butler was taken by the Las Vegas Raiders in the fifth round and Cade Mays […]

A year after producing just one NFL Draft selection, Tennessee and first year head coach Josh Heupel produced five players drafted in the 2022 NFL Draft. The five former Tennessee players selected marked the most of any program led by a first year coach and the 11th most by any collegiate program. Tennessee trained 📈#GBO […]

Five former Tennessee players were selected in the 2022 NFL Draft, resulting in the most selections from Tennessee in the draft since 2017. The Vols sent two to the league in both 2021 and 2020, none in 2019, and three players in 2018. Below are social media reactions and expert grades for all five of […]