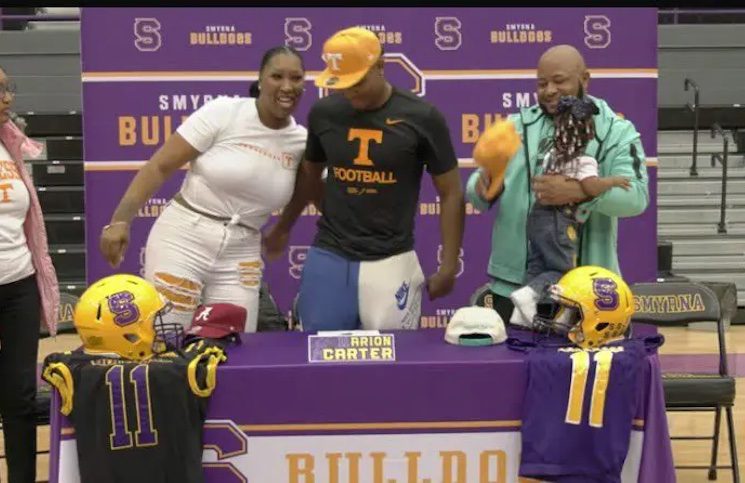 Tennessee early enrollee linebacker Arion Carter has been named the 2022-2023 Gatorade Football Player of the Year from the state of Tennessee. The newest Volunteer brings home the award as Smyrna High School’s first-ever recipient of the award. “The 6-foot-1, 210-pound senior linebacker and running back led the Bulldogs to a 10-2 record and the […]

Tennessee football landed one of its most highly touted remaining targets in the 2023 class Wednesday as four-star linebacker Arion Carter committed to the Vols over Alabama and Ohio State in a ceremony at his high school. Carter was a late riser in the 2023 recruiting cycle, impressing coaching staff and recruiting rankers alike with […] 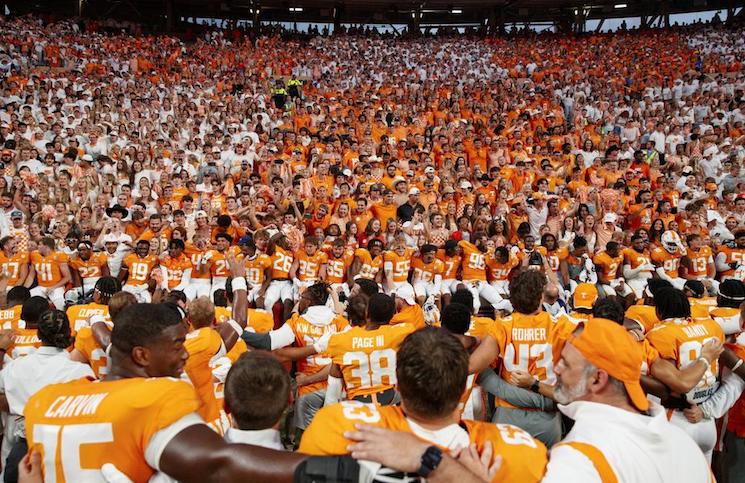 Four-star linebacker and Tennessee target Arion Carter is announcing his college commitment Wednesday at 1 p.m. ET, Carter shared in a Tweet Tuesday. The Volunteer State native climbed up recruiting rankings and boards this fall while turning in a dominant senior season at Smyrna High School. The 6-foot-1, 210 pound linebacker’s strong season was good […]