Bowl Placement “Not a Big Concern” for Vols

With the Vols hours away from returning to the postseason for the first time since 2010, players and coaches say they’re thrilled to go anywhere.

Tennessee coach Butch Jones updated the status of Ethan Wolf on Wednesday night, saying the freshman tight end will be “available” for the Oklahoma game.

Vols Get Good News on the Injury Front

The Vols got good news on the injury front as Butch Jones updated the status of Ethan Wolf and Von Pearson on Monday. 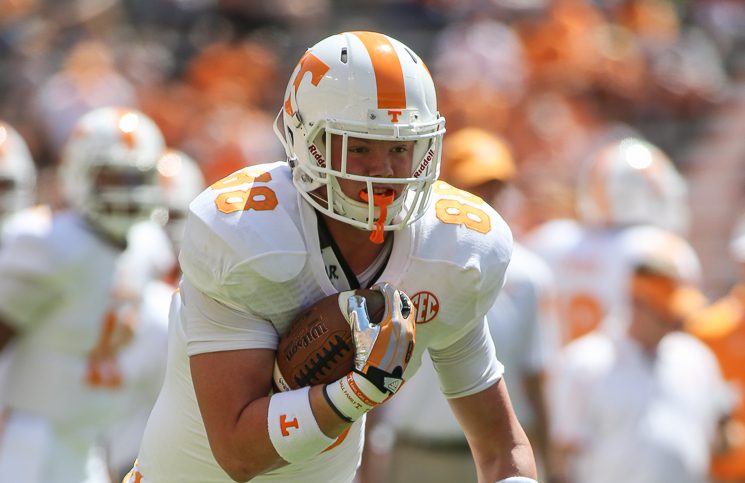 Tight Ends Coach Mark Elder said that added competition for the tight end position is already yielding better results than a year ago.

UT’s tight ends might’ve been the worst unit on the team in 2013. With a pair of talented newcomers in the fold, they look to improve in 2014.