Former Tennessee power forward John Fulkerson is beginning his pro basketball career with the Leuven Bears, the team announced Wednesday. Located in Leuven, Belgium, the Bears are joining the BNXT League. The new league unites basketball in the Netherlands and Belgium. The Bears previously played in the Belgium Basketball League from 2002 until this past […] 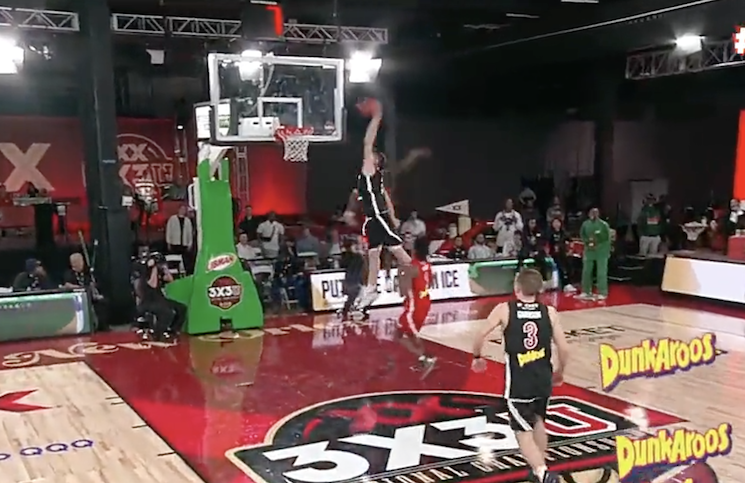 Jump. Man. John. Fulkerson. Former Tennessee forward John Fulkerson returned to the court for the first time since leaving Tennessee this weekend. Fulkerson took part in the 3X3U Tournament, an event in which 16 four-man teams representing Division I schools across the nation compete in a three-on-three tournament. While playing for the Dirty South team […]

Tennessee ‘Excited’ To Be Back In Indy After Disappointing 2021 Tournament 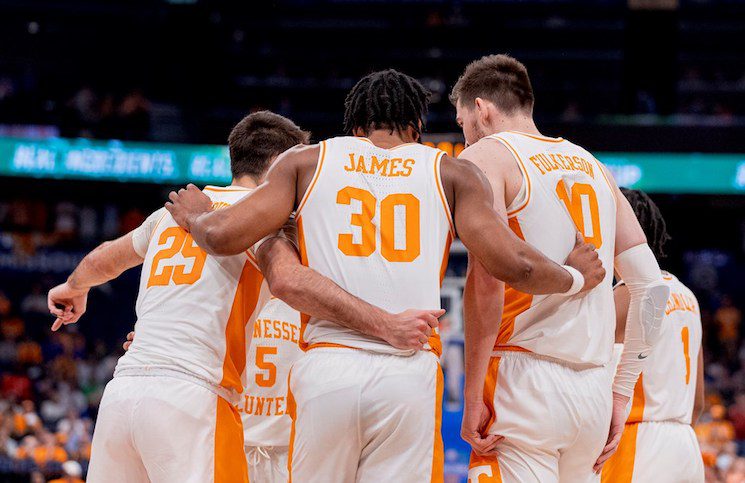 Take #11 Rutgers (+1) Against #11 Notre Dame It’s been 363 days since the 2020-21 Tennessee Volunteers walked off the court a loser at what was then-Bankers Fieldhouse Arena and now-Gainbridge Fieldhouse in Indianapolis.  After a tumultuous final six weeks of the season that COVID-19 greatly impacted, Tennessee’s season came to an end in thorough […]

First Round Preview: #13 Chattanooga Vs. #4 Illinois Tennessee basketball walk-on Brock Jancek is partnering with bed sheets company “Sheets and Giggles” as part of the company’s March Madness promotion. “Sheets and Giggles” is partnering with five of the most “well rested” players in men’s and women’s basketball this season. Jancek is a senior walk-on […]

Nate Oats Addresses “Leadership Void” Heading into LSU Tennessee used a blistering red-hot shooting start to open up a 20-point lead over Arkansas Saturday afternoon. The Vols’ nearly blew it all with a second half collapse before surviving to earn a, 78-74, victory. Here’s three quick takeaways. Tennessee Comes Out Blazing From Perimeter Tennessee’s offense […]

Take A Look At Kennesaw State (+1600) In The Atlantic Sun Conference Tennessee used a sluggish performance to get past Georgia, 75-68, and improve to 13-4 in conference play entering Saturday’s showdown with No. 14 Arkansas. The win ended a five-game losing streak at Stegeman Coliseum that reached back to Bruce Pearl’s final season in […]

Lean Towards Tennessee (+950) To Win The SEC After each week of the season that Tennessee plays at least two games, “The Starting Five” will analyze the previous week of play from the Big Orange while highlighting questions Tennessee is facing in the coming weeks in five subheadings. Tennessee went 2-0 on the week, bouncing […] 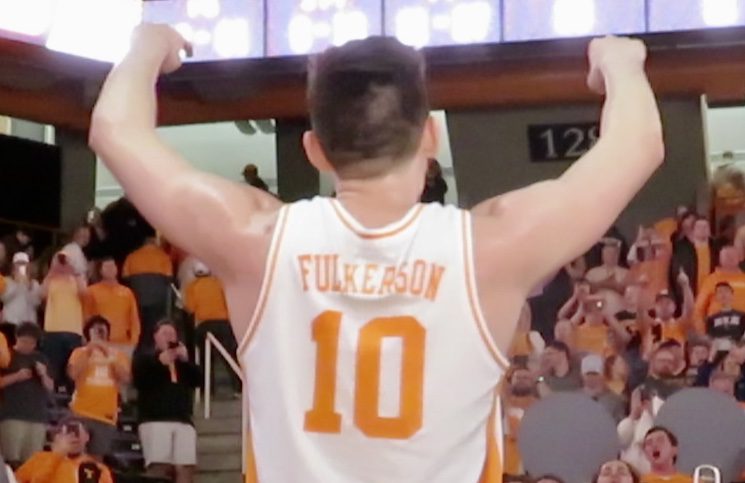 NCAAM 2/26 Recap: #17 Tennessee, John Fulkerson Brings Down #3 Auburn 67-62 John Fulkerson, a sixth-year veteran for the Vols and a native of Kingsport, TN, finally checked a box from his bucket list on Saturday. Following the Vols’ win over No. 3 Auburn on Saturday, Fulkerson had the chance to climb up onto the […]