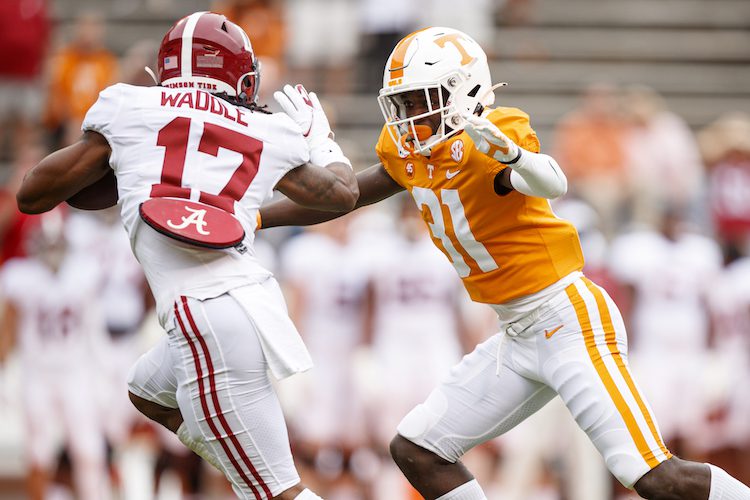 Tennessee defensive back Kenney Solomon is transitioning to the other side of the football.

Tennessee posted a video Monday showing three walk-on players on the Vols’ football roster being awarded scholarships for the future.

The Vols added one of the fastest prospects in the 2019 cycle on National Signing Day when Kenney Solomon announced he’s signing with Tennessee.

2019 cornerback Kenney Solomon said Tennessee’s coaches told him they think he can “do great things” for the Vols if he comes to UT.